The author William Yeat’s (2011.1) poem is based upon school children who are in a classroom and are busy doing their own things. According to a Nun, children often sing and read while at school. Furthermore, they learn about how to become modern, learn how to sewing, as well as learn their history. The children do not know who the speaker is, and they stare at him blankly like the politicians they are used to seeing in the television. As compared to other subject matters that he had used in his earlier poems, the use of school children is unique. This poem has its roots during the Civil war, and some compare it to the Anglo-Irish War. The poem focuses mostly on modernity, progress and the civil society. The speaker in the poem is a senator, and in real life, Yeats was once a senator. It seems that the poem is about the peace that prevailed in Ireland at some point in history.

According to Yeats (1998.56), the children are innocent as the speaker views them in a manner, which is poignant. Furthermore, it seems that the woman attracts the attention of the speaker. The latter is elderly, and this is due to the manner, which Yeats describes her. There is a relation between current incarnation and child selflessness. An imaginary conversation exists between the speaker and the elderly woman. She is not a revolutionist, but rather she is a head teacher at the school. Yeats uses foreshadow, whereby he believes that he will fall in love with this woman he keeps on mentioning. 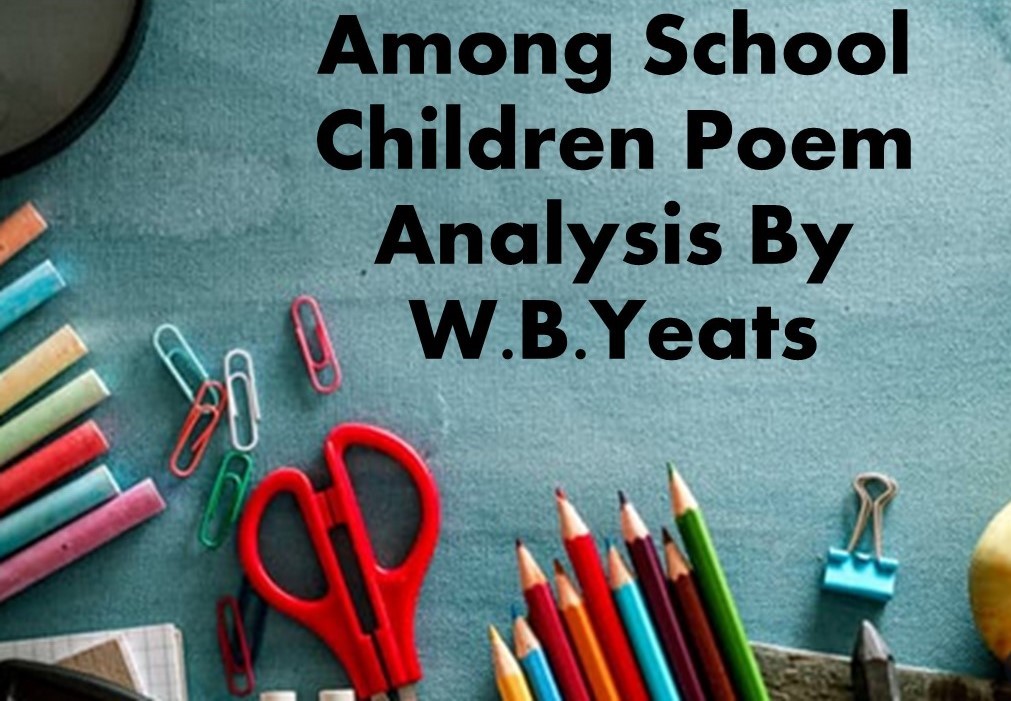 The poem has made use of cadence and rhyming by manipulating them in order to capture the attention of the reader. The use of the two aspects of poetry brings about the body and beauty impermanence. He seeks to make the reader know that there is a need for human beings to become united. Moreover, he has a vision that entails compensation by the human soul to achieve all that it seeks. The theme of childhood is well represented in this poem as there is the presence of a quality of sing song. As the poem progresses, it is evident that there are stresses and enjambments, which are represented in the poem. The words soul and body have been used by Yeats to express his thoughts on romantic matters. This is closely related to the period of romanticism. He wants the reader of this poem to be aware of the love affair, which exists between an old man and his lover. The poem is meant to make people aware of the fact that children grow up and behave in the same manner as old people (Vendler, 2004. 78).

Yeat’s poem is described as being erotic, allusive, intensive and defensive. One can claim that this poem is obsessed with elements such as art, religion, desire, death and age. The use of characters and elements of Greek mythology are present in this poem and many others written by him. Swan can be compared to the Greek God known as Zeus and this makes his poem extremely compelling. Lastly, Yeats shows the synergy which exists between God and human beings. It shows that man is a being who is immortal and thus should always praise the creator. In conclusion, this is one of the best poems written by Yeats as it influences people positively concerning childhood matters.