How Revolutionary War Changed the Lives of Women in America

Before the revolutionary war, governance, politics, and war were considered exclusively for men. Women 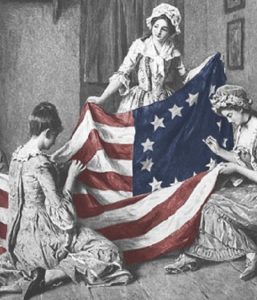 enjoyed limited legal rights with no political rights. Employment of women was limited to their traditional roles as mothers and wives. They were not allowed to make any political contribution. Their legal and political roles were so constricted (Berkin, 26). The revolutionary war played a significant role in changing the lives of women. The war altered the female condition, and their consciousness was raised. The war broke the traditional gender barriers, and women became more inquisitive beyond the existing boundaries. They started reading political literature. This made them develop a sense of political curiosity and self-identity.

During the conflict, women assumed different roles other than the traditional roles. Some women contributed by raising money, making uniforms and shirts for the soldiers who were involved in the war. Some women ensured that the soldiers had enough bullets. They collected scrap metals which were utilized to manufacture the bullets (Berkin, 56). Still, others served as deputy husbands by assuming the roles of men who were involved in the war. They managed the homes, plantations, stores, and farms while their spouses were away serving as military officers. They also provided food and acted as camp followers by assisting in military duties. The introduction of newspapers and pamphlets allowed women to realize various opportunities and increased their representation in the conflict. Several women responded to the patriotic call and mobilized people to avoid English taxed items such as tea. Still, they refused to buy English products. For instance, they resorted to making homespun clothes by using spinning bees (Berkin, 207). Other women, especially in the North Carolina, did everything within their means to frustrate importation of goods from England. They resorted to consuming local products. These activities are a clear representation of the radical departure of women from their traditional roles which were limited to guardians of the home.

There were a lot of disruptions to the usual pattern way of life among the women. They experienced danger, death threats and destruction of properties while their husbands were away on the battlefield. They adeptly assumed the traditional roles which were allocated to men. Since they were alone for long durations as they sons and husbands were engaged in the war, women provided for their families and managed the farms (Berkin, 176). They assumed the roles which they were not familiar with. This allowed them to develop a sense of confidence while handling unfamiliar duties. Women who volunteered as camp followers found themselves performing other tasks such as cooking and nursing among others. Others also acted as spies and soldiers. However, those who remained at home faced the brutality of the English soldiers. Their farms were destroyed, and land grabbed to give room for plantation farming (Berkin, 117). Besides, their cattle and horses were sophisticated since they had no power to protect themselves from the brutality and harassment.

The American Revolution changed the lives of women forever. The war broke the traditional barriers and women became to understand their roles in the society. Their consciousness was expanded, and they assumed significant responsibilities in the society in the absence of their sons and husbands (Berkin, 224). They acquired political identity and legal rights. They gained greater autonomy over their homes farms and other properties which were owned by men. The revolutionary war led to the beginning of a new era of female history in America.