Since the World War II, the United States has taken the initiative to conquer some parts of the world with hidden agenda. The country has deployed rapid troops, in addition to missile strikes with interest in certain geographical parts of the world. The U.S move to end the in the Middle East has been a contentious whereby every president has had a different opinion about the war. Some American presidents have been hiding in the fact that the United States is obliged to bring peace and stability in the Middle East (Bina, 78). The country needs to get a recommendable solution to its energy needs.

Since the abolishment of the slave trade, the United States has been fighting violation of human rights in the country but practicing slavery in other continents. The U.S invasion of countries like Pakistan, Yemen, and Iraq among others is questionable. Notably, the countries are among the world’s highest producers of oil. The Umbrella of capitalism is just but a deception in benefiting from resources from other continents. In the process of acquiring the resources, millions of lives are lost (Henderson, 45). The film, Blood and Oil confirms the U.S aim to take control of the mineral-rich countries without considering the lives lost during the wars. Since the end of the Second World War in 1945, the U.S has used violence to conquer nations to expand its territory. Millions have died the reason behind being the establishment of humanity and progress done by the U.S. It ensured that it displaced the U.K to enjoy the world superpower. 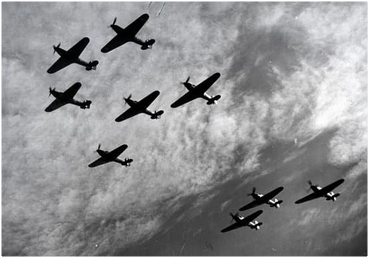 The American empire has always relied on the stability of its armed forces. The main point of struggle has been the control of Middle East. This is because military management requires sufficient energy to drive the machinery. The U.S has enjoyed being the superpower because of her access to the energy in the Middle East. The cause of the wars has been due to competition for control of the oil fields. Before 1945, the country had independent source of energy for its military activities (Jhaveri, 89). Otherwise, by 1945, the sources had been exhausted that she had to depend on other nations for oil. As a result, the U.S deployed soldiers to other nations in order to protect the petroleum in those nations.

Nevertheless, the sources of oil are being exhausted with time due to excessive dependence. The world should find other sources of energy. Furthermore, the use of oil results adverse effects to human health as well as destruction of the environment. The film, Blind Spots, illustrates the effect of over dependence oil as the main source of energy. The responsible nations to regulate the effect are in a dilemma of whether to continue using depending on oil or lead other nations in diverting to other sources of energy. The world is reluctant on addressing the issue as portrayed by various experts. Blind Spot hits on the truth of the effects of certain sources of energy to the environment (Henderson, 56). The responsible people hear the plight of concerned environmental experts but avoid taking appropriate action. It is high time the world turned to green sources of energy. This is as opposed to burning fossil fuel that releases carbon, which in turn has adverse effects on the environment. Some of the recommended sources include solar, wind, and nuclear energies among others.