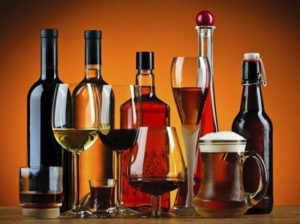 Many people have a negative attitude towards the alcohol manufacturing industry, especially the non-consumers. They often associate alcohol with violence, abuse and many other forms of vices, but today I stand with the alcohol industry. Alcohol industry just manufacture a product like any other products such as milk and soft drinks, behavior after consuming alcohol will depend with the individual (Robinson, 2009). Some will be very jovial and talkative, in fact after consuming some small amount of alcohol such person will be cracking jokes and able to speak things boldly that he / she was not able to speak before. Some individuals also behave in a different way, before consuming alcohol they are really peaceful people, but immediately they take some few shots, they become so violent and fights anybody around them. Alcoholism has also been associated with abusive and use of vulgar language, and I can ascertain that this allegation is partially true because not everybody will abuse or use vulgar language when drunk it fully depends with a specific individual. I boldly stand with and defend the alcohol industry that the product they manufacture is not bad, but some specific consumers are the bad people. Alcohol is a nice drink which was basically invented to make people relaxed and happy. However, cant dispute the fact that alcohol has been associated with complications such as lung cancer and liver cirrhosis especially with the excessive consumers. Furthermore alcohol industry has really done enough by making people aware that excessive consumption of alcohol is harmful to their health, and this is boldly written in most of the alcohol bottles. Consuming alcohol is a person’s own choice and population should not blame the alcohol industry.

What role does the capitalism play in cooperate decision making? Capitalism in cooperate sector refers to the investment and control of these investments by the key stakeholders. Capitalism plays a major role in influencing any kind of decision made by the CEO of a company and the top managers, before they make any decision they have to consider the wishes of stakeholders. Another recognizable importance of capitalism in the cooperate sector is that, they steer the production of quality products at the cheapest price possible in order to increase sales and profits.