The discovery of aircrafts remains one of the major achievements in the history. They are fast, efficient and comfortable in service delivery. Despite the successful launch and use, aircraft use has remained in the sport light due to accidents. Aircraft related accidents are fatal and lead to loss of lives. It, therefore, is important to take a keen interest and review accidents to avoid future problems. Notably, the accidents arise from technical problems, human error or environment related factors. Accidents are inevitable; however, based on crash investigations they are avoidable. Despite the many weather related elements that contribute to accidents, the paper focuses on ice.

A challenger 604 is an N90 AG Epps Air Service airplane, which lost control and crashed at Birmingham, UK on takeoff due to airframe icing. Arguably, the pilots discovered the presence of frost on the tip of the wings but failed to request for de-icing. At the time of the accident, wind was 150 degrees/6 kt with a visibility of 8000 metres (Skybrary, 2013, p. 01). Cloud scattered over 700 feet agl with a braking of 800 feet agl and a dew point of minus 3 degrees. Conceivably, the crew conducted control checks arriving at flap 20 for takeoff. The aircraft was cleared to take off at a wind speed of 140 degrees per 8 kt with a rotation of 146 kt. This elevated the plane to a position of 8 degrees with an initial pitch rate of 4 degrees per second. Lift off occurred 2 second later with a bank off rate of 50 degrees. With increased lift off stick shaker operation started after 3.5 seconds resulting into a crash approximately 111 degrees on the left bank. 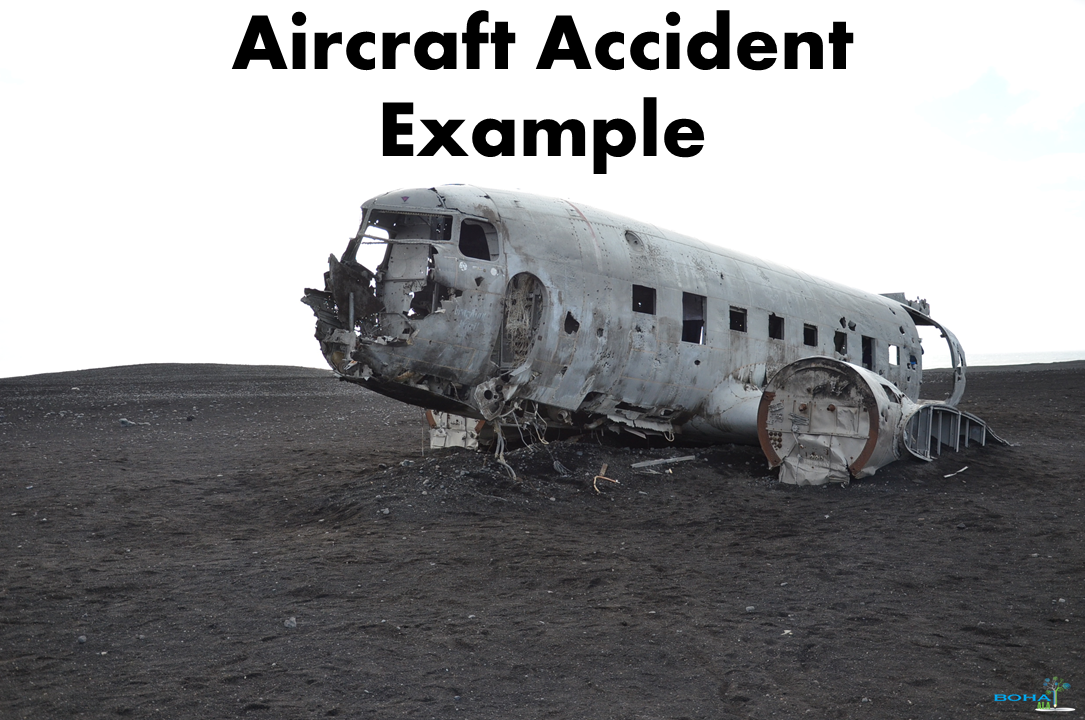 Occurrence of ice of airplanes happens in two ways either on the ground or during the flight. At airports, companies have no protective mechanisms to protect planes from ice especially in winter countries. On the ground during rain seasons, precipitation falls on the air planes and freezes on the upper sides. This is the same phenomenon experienced for a car left outside during the rainy season (Borrell, 2009, p. 01). Evidently, ice on the upper side of the plane should be removed through de-icing using propylene glycol by the airport management. During flight, ice is developed when aircrafts fly through clouds made of small liquid droplets. The problem can be reduced by keeping flight below 32 degrees Fahrenheit.

Evidently, it is the role of NASA, which is an icing research program to predict ice growth and advice planes on the right course to take. Ice reduces wing stall angle arising from surface roughness. It re-shapes the plane, producing a new shape hence leading to more drag than the expected lift. Evidently, the amount of lift any wing initiates depend on the relative angle in the airfoil. Therefore, as planes increase the angle of attack more lift is generated, but less wind flows on the upper sides. Ice reduces lift by 30 percents and in limited cases stretching up to 40 percent (Borrell, 2009, p. 01). Instead of relieving elevation, ice increases the weight of aircraft, which fails to meet applied thrust. The wing plays a significant role during flight, it is important for balance and ultimate takeoff. Ice, therefore, increases aerodynamic stall. As a result, frost contamination occurs limiting stall protection of the plane.

Icing generates false instrument readings, which miss-advice pilots hence compromising control. For instance, it affects the reversible control systems hence failing to manifest reactions any time that pilot make various decisions. Subsequently, ice limit engine air intake, this results into impairment of engine performance, thus exposing people to more danger. Arguably, any effect on the engines reduces it power and the ability to take off and conduct other functions. Notably, many aircrafts are not equipped with ice protection equipments but instead relies on external effort to counter icing conditions. On the other hand, flights rely on the expert judgment of pilots to determine ice conditions. In many cases, visible judgment fails to meet the threshold of safety hence leading to aircraft fatalities.

Undeniably, aircrafts rely on wings and tail to maintain balance and apply thrust. The propeller driven planes also have their power devices located on the wings a factor, which further complicates weather related problems (Borrell, 2009, p. 01). Instead of concentrating on protection, air plane manufacturers have failed to establish various mechanisms of de-icing planes with a limited margin of error. Consequently, they have failed to develop engines with a high climbing power with a relatively high load. It, therefore, is evident that flight planning is necessary to avail ice protection systems while at the same time limiting operations in icing conditions. In addition, approach and landing procedures should be revised to accommodate the abnormal effects generated by ice conditions during flights. This is a primary step towards limiting aviations accidents; however, manufacturers would be at the helm of making discoveries to ensure performance remain at it maximum. Accident and incident investigation bodies such as the National Transport Safety Board should conduct comprehensive investigations and provide achievable recommendations.

America’s War in the Movie “Why We Fight”