Genetically modified insects are engineered through injection of desired genes into the natural insect eggs (Beard et al., 2004). The modified genes are referred to as transgenes, which are inserted using short DNA sequences. The resultant insects are transgenic with a complex assortment of transgenes (Beech, Koukidou, Morrison, & Alphey, 2012). There are several transgenic insects derived through genetic engineering with a variety of transgenes such as marker genes, refractory genes, and lethal genes. Marker genes create fluorescent insects that scientists use for differentiation of the modified and unmodified species. Refractory genes make the insect unable to transmit diseases while lethal genes render the insect unproductive or kill it. Transgenic insects have various benefits including health, environmental, and agricultural. This paper focuses on the agricultural benefits, which include pest control, as opposed to the use of chemical pesticides, and enhancement of agricultural productivity (Gill, 2013).

Sterile Insect Technique (SIT) and Integrated Pest Management (IPM) have been significant methods used by scientists to create transgenic insects that reduce the need for pesticide use (Daily Mail, 2013). GM insects are also used as biological control agents to control pests and boost agricultural output. Using living organisms for weed and pest control eradicates the use of pesticides in crop production (GeneWatch, 2012). This has led to the safe and sustainable production of food and crops sans the use of pesticides, and minimized pesticide residues in plants. Medflies are destructive insects that cause high losses in the agricultural sector (Gilbert & Gill, 2010). The application of SIT to produce sterile males has significantly reduced the impact of the insect on crops. The olive fruit fly is also a deadly insect that causes severe damage to olives in California and the Mediterranean region (Gucciardi, 2013). Scientists have genetically engineered the fruit flies through the SIT to produce sterile males. The release of the sterile male into the wild results to the death of female offspring at the larval stage,  which significantly suppresses the  population of the olive fruit fly (Knols & Scott, 2003). In turn, olive trees produce fruits sans the need for chemical sprays since the reproduction of the destructive fly has been suppressed. This is an integrated pest management that aims at reducing the number of pests causing crop damage, as opposed to the use of pesticides (Muir, 2014). 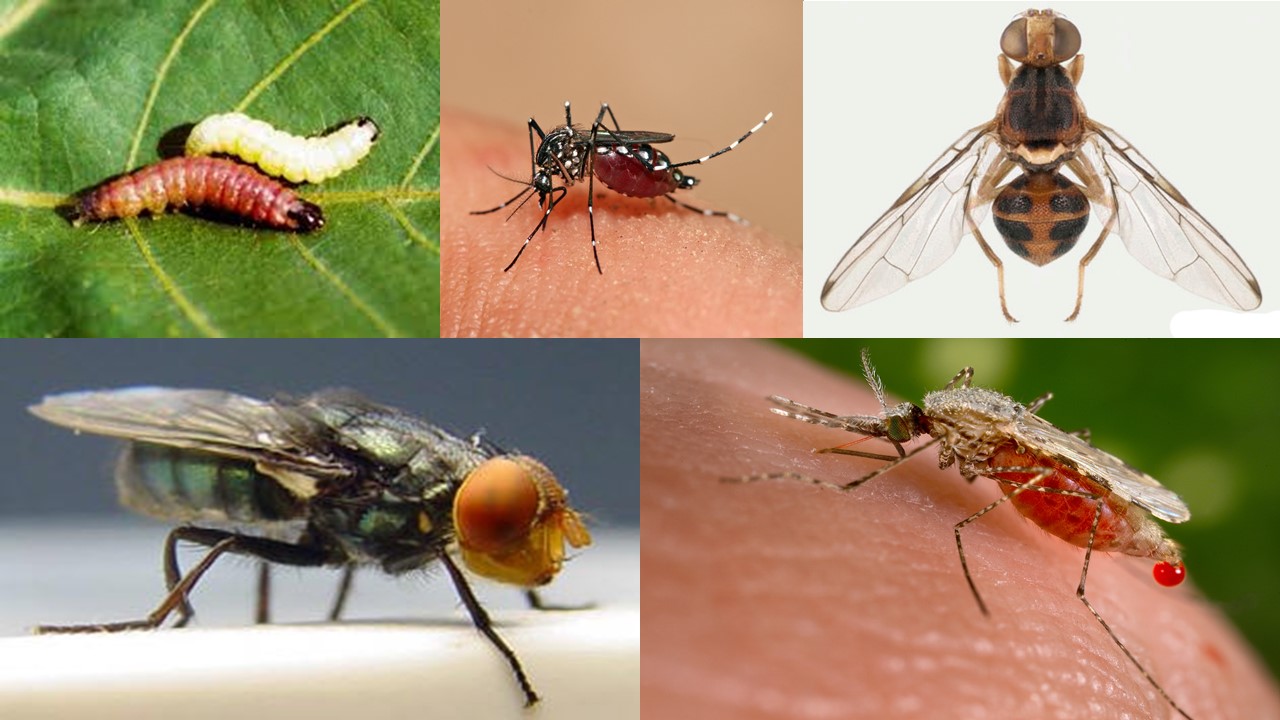 Honeybees have also been engineered to enhance their resistance to pests and diseases (Pimentel, 2001). This has led to the increased population of the bees, which previously succumbed to predation and diseases. Honey is an essential agricultural product with numerous health and economic benefits; thus, it is important to safeguard the population of the honeybees. Other transgenic insects include silkworms, mosquitoes, and kissing bugs that have been modified for economic benefits and improve public health (Richards, 2013). Silkworms have been engineered to synthesize industrial proteins and pharmaceuticals that serve various purposes (Walia, 2013). The proteins are used to manufacture parachutes, bulletproof vests, and synthetic ligaments. Genetically engineered mosquitoes are unable to transmit malaria, an aspect that benefits the public by reducing malaria cases. GM kissing bugs are also incapable of transmitting dengue, saving millions of people succumbing to the disease each year (Romeis, Shelton, & Kennedy, 2008).

Genetically modified insects have several uses such as weed and pest control agents without the use of chemical pesticides. Pesticides have adverse effects on the human health, crops, and the environment a large (Wentworth, 2010). They jeopardize the health of many people when they get in contact with them, cause severe environmental damages, and kill beneficial insects such as bees. Besides pest management, transgenic insects also have other beneficial uses such as disease prevention and increasing agricultural productivity. Therefore, the use of transgenic insects is better than other pest control methods such as vectors and pesticides (Winston & Edelbach, 2011).