When an organisation faces the agency problem, it can lag behind in its desire to achieve the organisation purpose and objective.  Often, there is a lack of information symmetry in an organization and this may leave employees feeling short-changed in the agency relationship hence resort to compensate the information imbalance in a way that inclines their course in a direction that offers them higher advantage yet leaving the general organisational purpose unachievable as spelt out in the mission and objectives. 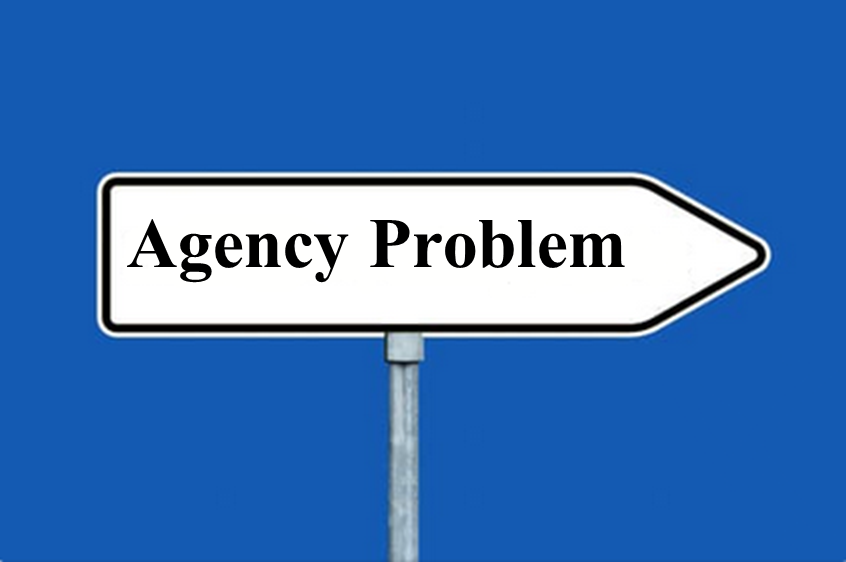 Therefore, when the interests of the organisation’s stockholders and that of other stakeholders such as the board of directors and management are not aligned, the best projection that can be made out of it is an agency problem that calls for concerted effort from all the stakeholders to address. The organisation may simply come to a standstill. The agency problem is a serious subject that must be addressed because the conflict arises from the fact that the parties causing it have a vested interest in the organisation.

Scholars have suggested various ways of resolving the agency problem. For instance, reducing the information asymmetry predominantly comes up as a remedy to reduce the conflict (e.g. by Hill and Jones 2010). A twist in the agency conflict is complicated by the fact that the problem is integrally intertwined within the roots of human behaviour, a subject that innately complex due to the diverse nature of human behaviour. This complexity provides a clue of how the approach taken to solve the conflict is also likely to be complex.

While De Wit and Meyer (2010, p. 84) argue for a radical approach in effecting change arguing that his is necessitated by factors such as the competitive pressure the organisation faces, the regulatory pressure and the fact that a first move gives the organisation an added advantage in the window of opportunity, the diverse nature of the agency problem may not assure complete success of the revolutionary approach. A good approach to solving the agency problem must be one that considers the impact of implementing the strategic decisions made, the general impact on the organisation and effectiveness in the long-term. Therefore, a balanced approach must be taken to address the conflict. For this reason, an ambidextrous approach to solving the problem as envisioned by Tushman and O’Reilly (1996) would be the best on the basis that it not only addresses the problem with a consideration of the changing environment and diversity in human behaviour but it also creates room for the revolutions required by the sporadic environmental change.

Ageism and the Media Example