Age of Anxiety in Europe Caused by the Great War

At a time of war, those involved normally have great expectations on the happenings and results. This is usually based on optimism. However, after the war, there are normally resounding effects on the physical especially mental as well as economic effects that at times do not wear off (5-10). The Great War that took place between 1914 and 1918 was made popular and even termed as blessed from the thoughts of the non violent artists as they thought it would take part quickly and gloriously. This was caused by so much innocence that the writers finally view as unnecessary.

However, it turned out to be the cause of bitterness in Europe against the expectations of many especially those who fought. As most writers and filmmakers currently portray the events of the war, it created an age of anxiety in Europe. This includes Paul Valery who describes the civilization in Europe and European mind in his book “the Crisis of The Mind” where he indicates one of the effects as crisis. This he writes besides his being sure of Europe’s greatness where he refers to it as “the elect portion of the terrestrial globe, the pearl of the sphere, the brain of the vast body. 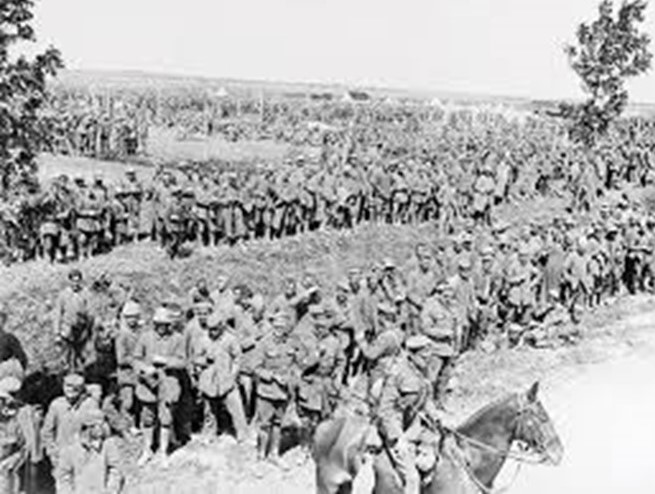 In his statement that people have realized their immortality he indicates how the Europeans viewed the war wrongly. Therefore they did not associate themselves with countries like Nineveh and Babylon that had experienced a similar fate and perceived them as vague (2). The age of anxiety is indicated from his relation of civilization to the fragility of life. He indicates this by the replacement of glory and honor with sorrow, cruelty and pity. The restlessness and uncertainty associated with anxiety is used in the civilization of the mind to prove this. In addition they are not sure of what will be born and harbor a fear concerning the future as a result of the destruction caused by the war (15-20). Although with vague hopes, their fears are more than the hopes they have for the future. This signifies the continuous doubt they have. These feelings are present consequent to the passage by the people through a series of great events followed by terrible times.

According to Valery the decline of Europe had begun long before the beginning of the war due to the fragility of civilization. This happened as it had reached the end of modernism (10) caused by lack of living and thinking systems hence the mind’s disorder. The lack of free coexistence present in all sophisticated minds, with dissimilar and contradictory ideas and principles of life and learning are all indicated as causes of the anxiety.

The decline in Europe’s politics became a weakness and contributed greatly to the characteristics. In addition to inequality of European predominance caused by the export of knowledge and applied science most people were forced to succumb to the anxiety created (25-30).

Other writers such as Erich Maria Remarque give way to this idea as well with the relation of life to death from the realization created by the war in a similar way to Valerie.