The general economic maxim principle of increasing marginal usefulness applied to diversified real-life elements, directly and indirectly. The law states that the degree of utility derived from a product is not constant and may vary from supply to zero. Such a trend may converge to negative utility and occurs in many aspects of possessions and applications. This develops a perspective that despite the magnitude of benefits that can be derived from a commodity, the commodity may be a threat under some level of possession and scope of use. Such is the case with gun ownership that benefits members of the society and may at the same time be a threat. There has been ongoing debate about whether or not to regulate gun ownership and this paper adds to the debate by endorsing the argument of gun control.

In existing laws and from a moral perspective, the discussion on gun control should be conducted. Deontology ethics calls for actions and decisions that comply with established laws and thus uphold constitutional provisions on gun control and other existing laws on the same. The constitution is also clear on its supremacy and states that no law shall contravene its provisions. The Second Amendment recognizes necessity of organized armament to people’s security and establishes people’s rights to own guns and other arms. Furthermore, the Second Amendment provides that arms ownership rights are not infringed. It, combined with other provisions of the constitution on fundamental rights, means that no statute is passed in order to infringe the rights of individuals to own and possess arms. Therefore, arguments for gun control are deontologically unethical and unconstitutional. This means that such arguments should be discouraged (Viewcaps n.p.). 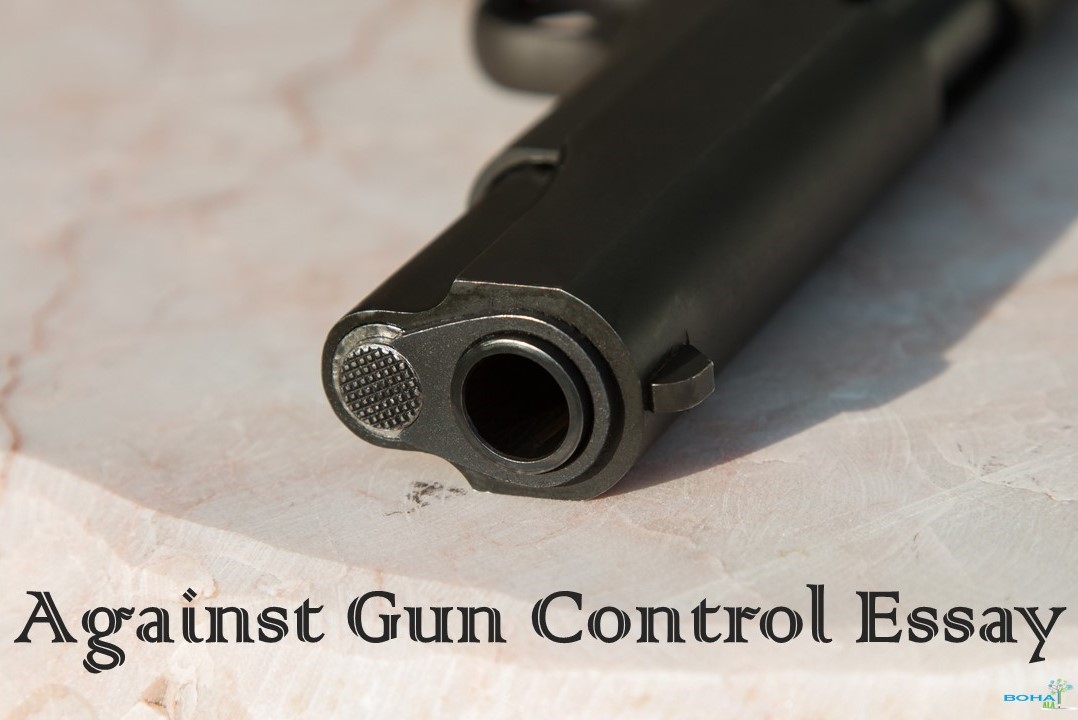 Pertinent to the spirit of the Second Amendment is need for self-defense and for preventing or countering crimes. Criminals have guns, whether legally or illegally, and are able to use them without mercy. Therefore, limiting gun ownership makes people more vulnerable to criminals assaulting using guns. Gun ownership among citizens can however scare criminals and discourage them from using their weapons to commit crimes or could stop the criminals in their criminal processes. A good example is the shooting of Aurora, where a suspect targeted a shooting mass.. More than 10 people died and scores more were wounded before authorities intervened. If a citizen had a gun in the scene then the suspect might have been afraid to stop the act or might have been shot down before the many victims ‘ death and injury. In such cases and other cases, however, gun control will increase vulnerability. Though the philosophy may appear irrational, it is true that “guns don’t kill people, people kill people” (Viewcaps n.p.). Gun control advocates argue that gun owners use the weapons to attack or threaten people, but there are other weapons in the public domain that can threaten and harm people. In murder and crime cases, household appliances can replace weapons, and the basic principle is that violence is in the attacker’s mind and not in firearms. Estimates that many cases of gun killing include offenders with mental illness support this and suggest that an alternative approach, a psychological viewpoint, is required (Viewcaps n.p.). The fact that incidences of violence are higher in areas with stricter gun laws also justifies the current state of gun control and suggests that enforcing more strict laws may increase cases and consequences of violence in the nation. This also supports the view that gun ownership is not the root cause of recorded abuse, particularly gun violence. (Viewcaps n.p.). It is also important to note that existing laws regulating the licensing and use of weapons and the existence of gun-based violence mean that existing laws are ineffective. A better solution would be to enforce the laws to the letter before proposing other laws that authorities will still fail to implement (Waldman 1).

Principles of just war theory also justify ownership of guns and their use when such applications are moral. The theory justifies war when it is the last available option as could be in cases where an attacker is armed with a gun or any other dangerous weapon. The theory also support war that aim at redressing suffered injustices, a scope that can include trespassers like robbers. Other aspect of the just war theory such as high probability of success, and use of reasonable force also justifies use of guns, especially for self-defense, when the attacker is armed. Even though the theory is generally applicable to justifying offensive from a legal institution, it can be inferred to interpersonal conflicts to establish bases for moral judgments (Mount Holyoke 1).

Proponents of gun control however offer contrary perspectives. They argue that the environment that stimulated the Second Amendment no longer exists and the amendment is therefore obsolete. Primary to the argument is the fact that a centralized security system exist to ensure people’s safety. It is further argued that even with validity of the amendment, it does not offer absolute right to gun ownership and control should be exercised to the extent that the amendment is not absolute. Another reason for gun control is the weakness I the current laws that allow for ownership by individuals that the same laws bar from acquiring guns. High number of gun-based crimes is another basis of arguments for more strict rules on gun ownership (Krouse 3).

Even though proponents of gun control identify reasons for their positions, such reasons are not as strong as reasons against gun control. Validity of the Second Amendment has been established by the courts and should therefore not be used in the argument. Arguments that gun related crimes are high and existing laws require improvements are also addressed by opponents arguments that crime rates are higher in countries with more strict laws and that legal approach is not the best alternative. Opponents further offer rational and moral opinions towards social well being when people are allowed to have guns. Self-defense and deterrence of gun based crimes are examples and arguments against the Second Amendment are both illegal and unethical. The analysis therefore identifies social benefits, morality, and legality of the current state of gun control and recommends that laws should not be made to increase the level of control.

What will Gun Control do?
FacebookTwitterPinterestLinkedinTumblrRedditEmail