Healthcare has always been a fundamental pillar for any country’s wellbeing. It affects the economic, as well as social aspects of society. In fact, it has always been recognized as a fundamental determinant of the economic wellbeing of any country especially considering that only healthy individuals have the capacity to create wealth for the nation. This should explain why a large number of governments have had to use a sizeable amount of their finances in safeguarding the health of the nation. However, as much as the health of the nation may be determined by the financial investment of the government the social aspect plays a key role in the same. This is especially with regard to the decisions that individuals make. It goes without saying that there exists some disparities in the health status of individuals of different ethnic and racial backgrounds, gender, religion and even ages. This difference may be explained by the influence that these aspects have on numerous other factors that affect the health of the individual, or even his or her perspective towards healthcare as a whole. This is the case for Mr. Levy, an 83 year old African American living in South Carolina.

How Race and Gender Affect the Socioeconomic Status of Mr. Levy 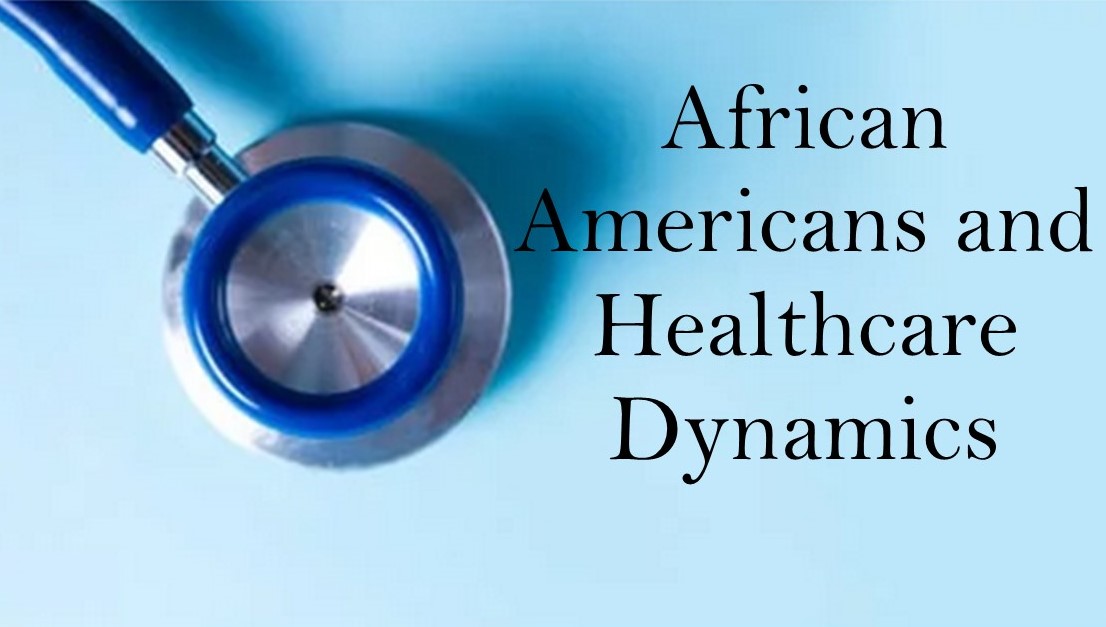 In Mr. Levy’s case, his being an African American means that there is a distinctive characteristic that he is likely to exhibit as far as his social economic status is concerned. For example, research shows that children have three times likelihood of living in poverty than their Caucasian counterparts.

In addition, his race is bound to influence his educational status. While the educational sector has undergone fundamental changes, enormous gaps exist especially when comparing the educational attainment of minority groups to that of Caucasians. A study done in 2006 showed that Latinos and African Americans had a higher likelihood of attending high-poverty schools compared to Caucasians and Asian Americans (Wang et al, 2006). On the same note, their dropout rate was rated the highest in relation to that of Alaska Natives or American Indians. These factors deprive students of African American descent of valuable resources. On the same note, the research showed that high-achieving African American students have a high likelihood of undergoing a less rigorous curriculum, have instructors who do not expect much from them in terms of academics, as well as go to schools that have relatively few resources than their Caucasian counterparts (Wang et al, 2006). Needless to say, this has a bearing on the quality of life that they live as education status has been found to determine this. For example, research shows that race or ethnicity and socioeconomic status are related to avoidable hospitalization, untreated ailments and avoidable procedures (Brown et al, 2008). This explains why African Americans stand a higher possibility of undergoing an involuntary psychiatric commitment compared to any other race.

What are Cultural Beliefs/Practices Related to Aging? How Might they Affect the Person in Your Scenario?

African Americans have peculiar beliefs pertaining to aging. They believe that aging well is composed of a strong spiritual life, social activities, travelling and desisting from taking medications. In addition, they believe that aging well involved being independent, cognitively intact, as well as free of serious health problems and mobility impairment (Wang et al, 2006). It is worth noting that they did not associate nutrition with aging well, which is one of the similarities between whites and African Americans.

These beliefs have a bearing on their health. For example, their distrust for medication means that health strategies that involve taking medications would be unlikely to be effective unless they are closely monitored (Mayer et al, 2005). On the same note, their unwillingness to be dependent on anybody means that they would be unwilling to seek assistance in time. Deterioration of health is increased by their lack of interest in exercises and physical activities (Mayer et al, 2005). However, they would do well in nursing homes or homes for the elderly as they value family and social bonds.

Effect of Socioeconomic Status on Health Behaviors and Decisions

As noted earlier, the socioeconomic status of an individual determines the decisions that he or she makes pertaining to his health. As noted, their education standards may not be as high as that of other races such as Caucasians. The systems through which they go do not have an appropriate curriculum or sufficient resources, not to mention the fact that their dropout rates are extremely high (Mayer et al, 2005). In this case, their capacity to make rational decisions based on facts rather than cultural beliefs is bound to be low. This explains why Mr. Levy would rather skip medication to save money, whereas rationality demands that he caters for his health first. On the same note, their low educational status affects their income (another aspect of socioeconomic status), which affects their capacity to get quality healthcare. Mr. Levy’s decision to skip medication, so as to save some money, may be predicated by some other needs that he considers as more pressing than safeguarding his health. It is worth noting that the family receives meals and financial assistance from well-wishers in the community, as well as the local community center, in which case they are not at the top as far as the financial ladder is concerned.

Leading Causes of Death for Older Persons Among African Americans and the Role of Gender, Ethnicity, and Socioeconomic Status

African Americans have disproportionate rates of key health problems that are associated with high mortality and morbidity. One of the key causes of death among African Americans is heart disease. These are mainly high blood pressure and arteriosclerosis (Pathman et al, 2006). Research shows that two United States residents get a heart attack every minute with one of them succumbing to it. Studies show that African American men have the highest hypertension rates compared to any group.

In addition, cancer comes as one of the key causes of death among African Americans. Women usually suffer from breast cancer, while their men take on colon and prostate cancer than their counterparts in any other race.

Their ethnicity has had a bearing on their educational standards and socioeconomic status and, consequently, their decisions pertaining to health. It is worth noting that about 50 percent of the chronic diseases that have high mortality rates among African Americans mainly result from dietary factors (Mayer et al, 2005). As noted earlier, they do not hold physical activity in high esteem, which leads to their being overweight. On the same note, their socioeconomic status means that they are virtually incapable of seeking quality medical attention early enough as to save themselves (Mayer et al, 2005). This is worsened by their cultural practices that do not lay emphasis on medication, in which case they may not even follow up on health regimen, especially in instances where it weighs on their pockets.

The key strengths of Mr. Levy in his aging experience reside in the strong parent-child and sibling ties. It is noted that Mr. Levy enjoys the support of his children who take turns to take care of him and his wife. This is in line with the notion that African Americans have a high likelihood of having members of the extended family providing social and economic support, as well as family members taking care of the ill and dependent family members (Fiscella, 2004). It is noteworthy that a large part of their income emanates from assistance from the community. Research shows that, despite the health problems through which African Americans undergo, they have a significantly less likelihood of residing in nursing homes than their European American counterparts (Fiscella & Williams, 2004). This is based on their strong culture-based ethic that requires the elderly to be taken care of by “blood”.

While aging, at the face of it, may appear minority or race neutral, there are challenges that are unique to ethnic or racial groups different from those encountered by the elderly people in the majority groups.

One of the key challenges pertaining to African American elders revolves around the geographical locations of their housing (Fiscella, 2004). Research shows that African Americans and their elders are predominantly situated in the inner city areas. These studies show that, the aged people that live in urban areas, make up over 60% of the entire population of older persons in the entire United States, with 31% living in the central areas (Wang et al, 2006). African Americans elderly constitute about 11% of the entire population of inner cities (Pathman et al, 2006).

In addition, they face the challenge pertaining to their incomes, which determines the quality of life that they lead or even the neighborhood within which their housing is located (Mayer et al, 2005). Research shows that about 41.1% of African American elders have incomes totaling less than $6000, with 58.2% of African American women falling in this category (Pathman et al, 2006). It is, therefore, no wonder that Mr. Levy and his wife survive through the assistance of their family and the local community center.

Recommendations for Improving the Aging Experience of Mr. Levy and Their Rationale

Varied strategies may be used in enhancing the quality of life of Mr. Levy in his old age. These strategies should not only examine the best solutions for the problems, but also their customization so that they can fit into the likes and preference of Mr. Levy or in line with his beliefs and the way of life. Three strategies could be used to improve his aging experience.

First, Mr. Levy and his wife could be admitted in the same home for the elderly. Mr. Levy is already aged and has been suffering from diabetes, hypertension and Alzheimer. The risk of death is increased by his tendency to skip medications so as to make some savings (Fiscella, 2004). His admission in a home for the elderly will ensure that he does not skip his medications. While African Americans favor staying at home to being admitted in nursing homes, the presence of his wife and the capacity of his relatives to visit him would make him feel at home (Knight & Ricciardelli, 2003).

Second, Mr. Levy could have a home care service provider hired for him. Most African Americans would rather stay at home rather than be admitted in nursing homes, in which case this experience would not be interrupted (Van Doorslaer & Andrew, 2003). The nursing professional would ensure that his healthcare needed are taken care of at home, including meals, exercising and even medications, which would undoubtedly improve his health and aging experience (Knight & Ricciardelli, 2003). It is imperative that the professional is as close to the family as possible, considering that African Americans prefer to have the “blood” take care of them.

Third, Mr. Levy should be subjected to independence promoting strategies.  As much as community and family may be crucial to African Americans, they still prefer to maintain their independence even in old age (Van Doorslaer & Andrew, 2003). These strategies come in handy in improving the functioning of the patient as they retain his physical and mental abilities, while assisting him with daily activities such as dressing, eating, grooming and hygiene. These will also include strength or mobility enhancement strategies such as scheduled walking, and simple stretches so as to decrease any dependency (Knight & Ricciardelli, 2003).

Positive Impacts of the Recommendations

Having Mr. Levy in a nursing home with his wife, or having a homecare professional look after him would ensure that his health needs are taken care of in time. Any healthcare problems that he has may be emanating from his inability to follow on the treatment regimen for Alzheimer from which he suffers. On the same note, the health of an individual is depreciably reduced in instances where he is inactive or unable to take care of himself (Van Doorslaer & Andrew, 2003). In essence, incorporating strategies that increase his independence means that his functionality is increased, which would improve his health.