It was until the year 1970 that white men almost entirely occupied the police force in the United States. Before the same time, women, mainly white women, took only 2 percent of the entire workforce implying that white men took the other 98 percent (Martin, 2006). This is an implication that African American people were discriminated to working in the law enforcement sector until then. After the year 1970, the image of white men as being the most perfect of the law enforcement job diminished as more women came in including a mixture of various races (Martin, 2006). African American women had been completely ignored in the law enforcement sector but they were after then recognized and employed in the same sector. Apart from being recruited to work in the sector, African American women occupied almost all positions and ranks but they still face a challenge of not being represented fully. The white women take most of the positions in the higher ranks with men, especially the whites, taking the most critical positions in all departments. In some departments within the US, African American women are hardly found as part of the law enforcement workforce (Martin, 2006). 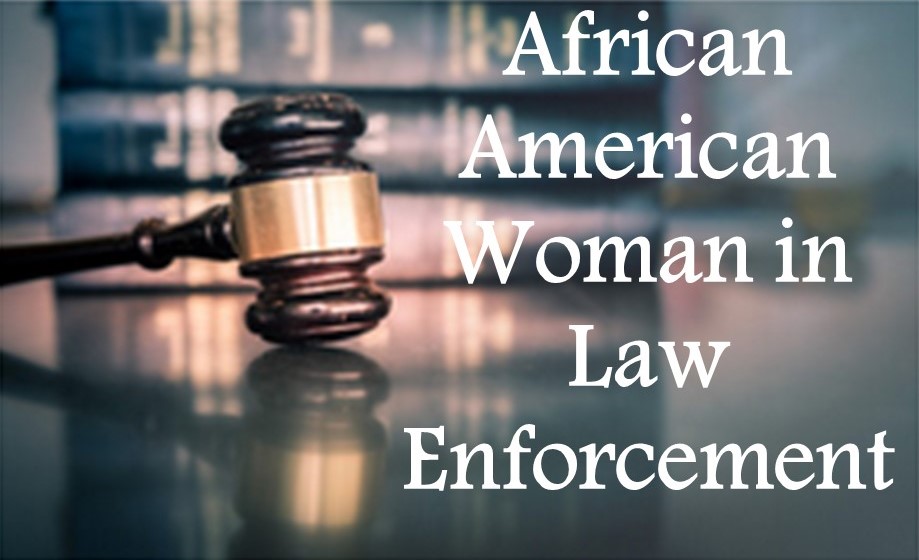 Today women are generally facing challenges based on discrimination in the law enforcement sector. Women are seen to face challenges given that most departments may require them to pass the same physical aptitude tests as men would. This attitude was applied in the recent past but it is now changing direction that see more women join the workforce without having to pass the same test. Critics however find this as lowering the standards in the services. Once they enter the workforce, the major problem is to climb up the ladder in ranking within the same sector. A few African Americans see themselves reach the topmost seats (Keverline, 2003). Critics also exist in this case whereby the African American women expect a direct promotion to higher ranked positions without having to struggle for that. Most of them rely on the laws lately provided to impose equality in the workplace. Critics see that they have women and especially the African American have to struggle through the tough way just like the rest of the employees to gain promotions within the law enforcement sector.

Within the same sector of law enforcement but outside the scope of the workforce, women of color but especially the African American women face problems emanating from law enforcement departments. Several incidents can prove the aspect of discrimination and traumatizing behavior towards these groups of women. An example of such incidents involves Malaika Brooks who was an African American woman. This woman was eight months pregnant and was shot by a police office as she went out to drop her own son off for the African American Academy, a school in Seattle (Ritchie, 2006). Another incidence of the law enforcement office against African American women is the case of a woman of Egyptian origin, Mrs. Afaf Saudi. This woman was sixty-eight years old and was a permanent US resident and citizen. She was brutally removed a certain store in Greensboro in South Carolina and forced to a police cruiser making her suffer a broken shoulder and a broken rib. This happens in November 2004 and no legal actions were taken in the case of this incidence (Ritchie, 2006).

Other incidents include an American African woman Jaisha Akins and yet a Latina woman on separate incidents. Jaisha Akins was only five years old and she was forced out of her school, St. Petersburg in Florida by a police officer. The Latina woman had her case different. A man was beating her up at her home but upon calling the police for help, she was sexually assaulted by a white police officer from Los Angelis (Ritchie, 2006). Several incidents portray the white police officers as being responsible for various assort behaviors on women of color and more on the African American women. The incidents described here indicate that the African American women do not face discrimination and assortment while in the law enforcement workforce but they also face assortment from the white law enforcing officers while acting as mare US citizens (Ritchie, 2006).

The issue of injustice on the African American woman and other women of color continues to be a major issue and problem in the US. It is claimed that many women in this category face severe police brutality but most of them hardly come to recognition due to an aspect of fear or insecurity. Little or no protection may be provided for those African American women who may decide to point out their experiences and the names or image pictures of those white people in the law enforcement workforce forcing them through some traumatized experiences (Ritchie, 2006).

The problem of police brutality on women of color, especially African American and Latino women is said to be prone to increment given that no legal action such as protection on those who point out the lawbreakers is provided on them. Most of those who face brutality fear for their lives given the same whites subjects who harass them sexually or otherwise may turn to be even worse on them. As indicated, researches show that only a few of these women could stand firm to report incidents of insult from the white law enforcement officer (DAVIS, 2005). On other aspects, the African American women in the law enforcing agencies face difficulties given that they look down upon themselves. This aspect of failing to trust their abilities and success factors is largely initiated by the fact that they feel inferior first as women in the workforce and second as African American individuals working for a great nation characterized by the white dominance (Crimianal Justice School Info, 2013). This aspect of white domination on all aspects of the US economic, social, political, and security sectors has to be terminated if all people have to feel equal. The way to stop it is the challenge since the law enforced to push for death on racial and gender discrimination is already in place. The African American women would feel superior only if they strive for that given than the US is a new country that is hardly dominated by a single race but a country that sees all races and genders and equal.

African Slavery in the USA