Most of the slaves in the Americas were from West Africa. The main reason being the colonists from Europe went into the region because of ivory and gold. Moreover, Senegal’s Sahara desert provided another in the demand mineral – salt. These minerals lured the colonialist into the region, which had risen in economic stature because of these priceless minerals.

The slave trade started soon afterwards and many Africans from the region were shipped to different parts of the world, particularly North America where the demand for workers was high due to the building process that was going on.

The slaves had no rights and owned nothing as they were regarded as the property of their owners. The only object that they had was their culture. They held on to it as it was the only possession within their grasp that brought them solace. These traditions helped them through the hard times of slavery. In addition to that, this common among the African-American was a principal factor in their fight against slavery and injustice. However, these traditions were not directly involved in the fight for freedom rather they helped foster unity among the colored people (Wynn, 1999). 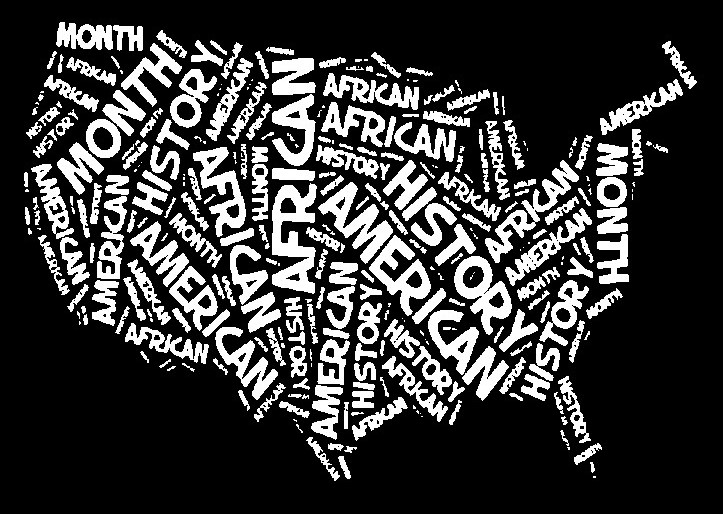 The African-American kept several pieces of their past culture. These aspects include music, arts such as dancing, literature, fashion, and religion. Most of these aspects have survived unchanged over the years, although some have undergone some changes. The fact that these cultures have remained untouched over the years does not mean that they had a similar impact on the transition period of the black man. Two of these factors had the largest impact on the black man history and they include music and art especially the dance.

Music had the biggest contribution in the fight for equality in the slave period in America. The slaves used music as a way of passing messages among one another. The music also kept them unified. Their music was characterized by polyrhythm, which was achieved by the use of drums and other locally made instruments. Just like in their native land, their music was used to inform their race of the need to fight for their rights. The white man realized that the music, especially the drumming was used to give out a certain message. They therefore banned the drums forcing the slaves to improvise other ways of making their music. They used anything they could lay their hands on that made sound such as spoons and other utensils to create their sound (Schneider & Schneider, 2000). This became a minor setback; consequently, the sound of the music changed a little bit, although its original flair was never altered. The sound that these slaves created has transformed into various genres including the hip-hop and the jazz that is attributed to many African American musicians.

Another aspect of the African-American culture that has stood over time and, helped them through slavery is the arts. Black people used their literature and dancing to mock the slave owners and the action of slavery. The blacks choreographed their dance moves based on their native culture. It was done in such a way that the white people would not comprehend that there was a certain message hidden in their moves. At the Harlem Renaissance, African-American culture was used to demand for the rights of the marginalized groups. The event showcased different activities, which proved that a black man was more than a servant and that he was capable of more than being a slave (Bailey, 1998).

These aspects of African culture would not have brought the intended objective, if the patterns of language were not involved. The music, literature and even the dancing had a certain language code in it. The slave developed a slang that only they could understand. This slang has developed over the years and even today, many African-Americans use it.

It is therefore true to say that, the survival of the African-Americans during slavery is attributed to their native cultures. Moreover, their revolutions were based on their traditions and their experiences of war from their countries of origin (Holloway, 1990).

The American Revolution, which took place in the years between 1765 and 1783, was a very important event in the emancipation of a black man. Although African-Americans were faced with a stern test of choosing between involvement in the anti-British army or the pro-British army, a chance was presented for the blacks to be finally free. Overlooking the fact that thirteen of the British colonies in America were freed, the main occurrence that took place after the war was the enactment of a new constitution. The new constitution brought about changes such as a stronger presidency and the introduction of senates. The main content of the constitution that was of benefit to the blacks was the Bill of Rights. Its contents promised many goodies concerning the emancipation of the black people (Wynn, 1999).

The other event in the chronology of the past of the African-American was the Missouri compromise that occurred in 1820. The compromise was between the supporters of slavery and those against it. It stated that some parts of the western territories such as the former Louisiana said no to slavery. However, a bill to repeal the act was drafted by Stephen Douglas. The act opened parts of Nebraska and Kansas regions to slavery. The act fuelled the urge for the black people for war. Incidentally, the American civil war was brewing and the bill became its main causative factor. The American civil war was the beginning of the efforts for the emancipation of the black man. The act was followed by the Tallmadge amendment brought by James Tallmadge junior, which proposed the prohibition of slavery

Despite the fact that these two events took place at different times and had no connection, both worked out to the advantage of the black people. The two events are the most important events that consequently led to the eventual freedom of the black people and abolition of slavery. Moreover, the two events gave moral support to black people such as Du Bois and Martin Junior in their fight for equality in the 1950’s. Besides these obvious results, the two events were a precursor to several other events that later became critical to the development of a modern American society (Schneider & Schneider, 2000).

American Revolution and the Missouri compromise led bigger events in the American history. Through their occurrences, lessons as well as events were witnessed. The two events brought hope to the fight for freedom for the black man. For instance, when the Missouri compromise was reached at, the people in that region enjoyed its fruits though they were short lived. On the other hand, the American Revolution brought about a change in the constitution. The constitution promised an independent America, a promise that was fulfilled a few years afterwards.

In another example, the first draft of the declaration of independence gave a glimmer of hope that these ratifications and its promises could be achieved. During the years, the law gave the black man’s freedom to perform his responsibilities. However, the entrance of pro-white groups, for instance the KKK curtailed this freedom. The constitution supported the fight against such groupings and today America is known for its respect of freedom and democracy (Bailey, 1998).

Over the years American citizens, especially the marginalized groups look to the constitution for salvation. The constitution, through its bill of rights promised freedom and equality for every American citizen. They are waiting for the day when these promises will be delivered. Most of them have lost their faith in the constitution and its promises because they have waited for many years for the said promises. Most of these people are the poor who seek equal opportunities for creation of wealth through education and financial help from the institutions owned by the government. From the experiences of the black people and the freedom of the colored people in general, these groups should hold on to their faith because in spite of the fact that the promise of freedom of the blacks took decades to come through, it was achieved eventually after many efforts. The delivery of this promise gives hope to the American citizenship that all the promises in their constitution remain to be fulfilled (Holloway, 1990).