In any business or organization, it is important to consider several aspects of management in order to effectively accomplish respective organizational objectives. In this regard, the essay will focus on affirmative action in the work place. However, it is prudent to reiterate that the first part of the assignment will be based on the theoretical aspects of affirmative action followed by a case study which will showcase a practical approach to the myriad cases of moral dilemma in the quest to effectively accomplish organizational objectives in the workplace.

Theoretical Perspective of Affirmative Action in the Workplace

When discussing the issue of affirmative action it is skillful to consider respective policies and historic unprivileged minorities who does not only qualify but also deserves promotion and hiring or general consideration in all aspects of life for instance workplace and university admissions among others respectively (King, 2009).

In most of the recognized institutions, there are federal laws of affirmative action in place to enhance good rapport and employee relationship with the respective managements. Among the considerations in the laws governing organizations include but not limited to equal consideration for women, disabled, and veterans colored people in the workplace (Skrentny, 2001). However, there are varied opinions in regard to affirmative action; some organizations feel that it is not necessary while to others it forms the basis through which organizations operate for effective accomplishment of predetermined objectives (King, 2009). 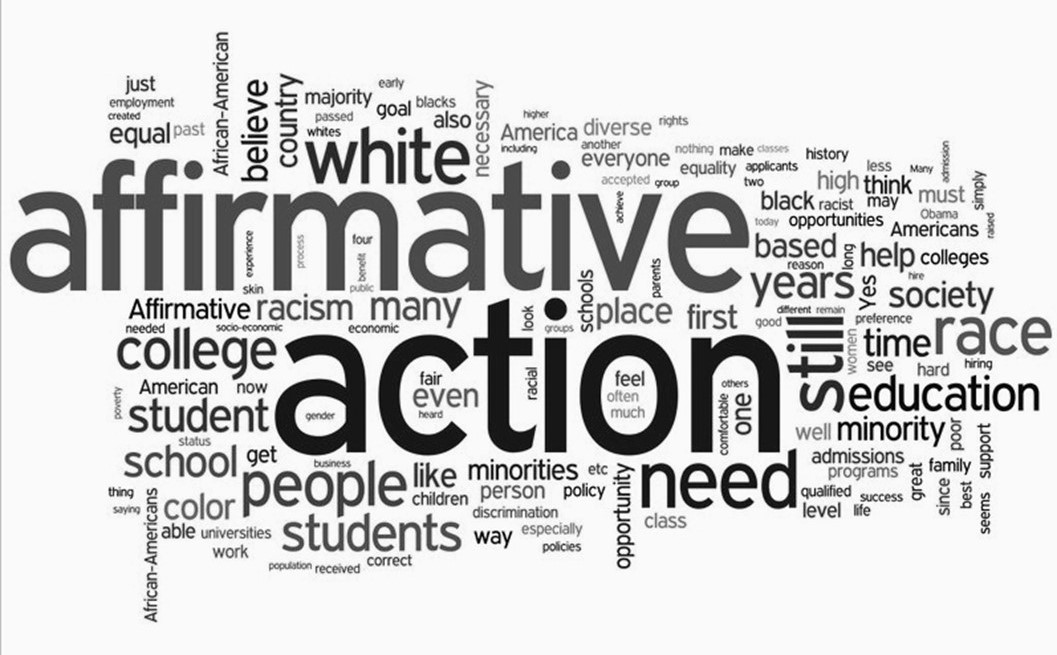 Different work jurisdictions regard to affirmative action differently for example, when considering education sector, most  of the concerned personalities complain that it  increases racism in academic institutions and  both private sector and government  respectively (King, 2009). The leadership in the stated areas of concern among others often derives pleasure in convincing the desperate applicants to exchange opportunities with sex. Statistics also indicate that race and color are among other considerations that are considered by biased unprofessional managers in selecting their respective personnel. In addition, there are numerous cases of reverse racism; it encourages and discriminates against majority groups especially in organizations and college admissions (Mpumelelo, 2012).

There are both positive and negative aspects in any area of consideration. In accomplishing the notion on affirmative action, it is prudent to state that it has distinct benefits to an organization that fully adopt actions and directives that are necessary (Mpumelelo, 2012). Most of the employees and staffs within organizations and institutions often complain of inequality in the work place among other severe cases that jeopardize the progress of organizations in a broader perspective (Mpumelelo, 2012).

Organizations that deployed an affricative action approach in its managerial functions realized that most of the employees embraced the ideological perception and would wish to constantly work within laws and regulations that embrace adoption of imperative aspects of affirmative action in realizing the respective and perceived organizational goals (King, 2009).

In an organization’s setup, past discriminative situations have proved to greatly impact negatively on future organization’s development (Crosby, 2004). The profound impacts on an organization’s future enhance generation of poverty and inequality in the work places; employees who got employed in an organization through dubious ways would not relent in their quest to replicate the same to their precedence making it a routine within such an organization. Both academic institutions and organizations should embrace diversity in order to effectively accomplish their respective goals (Mpumelelo, 2012).

According to the reign of John F. Kennedy, who ordered an executive plan no. 10925 which required that the US government contractors adopt deploy affirmative action in order to hire women and minority groups as an approach to bring to an end the rampant cases of work place discrimination (Mpumelelo, 2012). Another advantage of embracing affirmative action in the workplace is that most of the marginalized population is composed of a pool of talents that could be tapped to enhance organizational progress comparatively to the population without diversity plans (Mpumelelo, 2012).

Competition in the global market requires distinct perspective approaches that would spark creative work performance which is essential in expanding work output. It is appropriate to consider legal bindings when selecting the kind of affirmative action plan to adopt for an organization (King, 2009). This is due to the fact that when the decision is based on voluntary AA plan, most of the management teams would prioritize and further discriminate against the majority in unlawful approach to management. Hence making it impossible to accomplish the plans irrespective of how lucrative and adorable they could be to the organization (Crosby, 2004).

The Institution in Focus

The case study is based on United States International University (USIU); this is due to the numerous cases of partiality and segregation of minority groups in acquiring school admissions and employment opportunities by the host countries respectively (Skrentny, 2001).

The case is about admission criteria which are perceived to be poorly organized. As an academic institution that is concerned with the production elites who would be absorbed in the global market, it is important that affirmative action plan be adopted to enhance equality and diversity in the workplace (King, 2009). The institution’s human resource departments and schools admission authorities are the main cause of trouble due to the susceptibility by the people with malice to deny the minority who also deserves the right to equal opportunities in education and employment (Mpumelelo, 2012). This is a hindrance to the progress of the academic institution since the same process involved in recruitment will deny them of deriving better and proficient populace with immense work capabilities comparatively to the prevailing staff within which some may be redundant to the technological applicability necessary in modern academic institutions globally (Cahn, 2013).

Why it is Important

It is important to use the case (USIU) international university. This is applicable since the university is based in numerous countries and embraces application from students within the global scope (Crosby, 2004). As a global institution, there should be transparency and reliability in the application process for both; admission into the University Education Purposes as well as being absorbed as a staff within the lucrative organization (King, 2009).

How the Case Relate to the Theory

In a case that involves the school admission, and or employee within the internationally recognized academic institution (USIU) United States International University (Skrentny, 2001). Comparatively to the case, the theory that is based on affirmative action could be related in one way or the other; legal aspects of affirmative action require that there should be a legally binding AA plan that would enhance work performance within the academic institution (Skrentny, 2001). In case the USIU academic institutions would resort to adhering to legal aspects of the plan, students from the respective host countries would be equally considered, foreign students would not suffer at the expense of the host countries that enjoy home support and partiality in awarding of students admission chances and employment opportunities within the global scope (King, 2009).

The Moral Dilemma in the Case

In the two cases about employment cases and student admission partiality in USIU University, it is ethically immoral that despite numerous chances and opportunities that calls for further recruitment and student admission respectively. It is ethically appeasable to award a percentage number of vacancies to the residents of the host countries, and also to the students within the host country but there should be levels and limits within which such an opportunity should last, but  it  should not be the order of the day (Crosby, 2004).

What Should be Done?

Academic institutions should be able to employ people with reputable academic and moral backgrounds so that they would be mentors in their respective areas of work jurisdictions in a modest way. In order to avert the situation, USIU as an academic institution should deploy a contingent of auditors to perform monitoring and evaluation within the institution so that incompetent and redundant employees be faced off forthwith employment of staffs  in line with affirmative action plan (Crosby, 2004, p. 23).

In order to realize the dire need to accomplish organization’s plan, academic institutions and small businesses among others are advised to embrace affirmative action plan. Lack of sufficient routine organization’s plan could be viewed as discriminatory to the distinct organizations. USIU as an academic institution should adopt legal AA plan to enhance work progress and equitable allotment for students’ admission chances in favor of both majority and the minority in order to embrace ethical diversity within the national and international scope. According to statistical research based in the US, it is skillful to state that organizations that realized increased ethnic diversity often practice affirmative action plans in their respective managerial concerns.

Lack of affirmative action in the work place also affects the employee morale. Most of the minority and marginalized groups in the work place endure hardship in their quest to deliver to the organization’s expectation. It is prudent that organizations realize the need to enhance better approaches that would enhance affirmative action as a basis for improving workmanship and accuracy in the workplaces within both national and international scopes.