Advertisement Through Commercials with Examples Analysis

Why Many Super Bowl Ads Failed To Score

In the article, there is the discussion about the marketers; that marketers are forgetting that the best ads are simple and direct. The article revealed that advertisements should be simple, it should be effective, so the consumer attracts towards the products. The article says that in Financial Times ran a story about Mr. Sullivan that his job is to pitch products, he does not like to market product, and he compared the practice of dark marketing (Crain, 2011).

While making the advertisement, it is important to put a crowd in front of you, the maximum people need to be targeted, for that, the advertisements need to have succinct pitch, add should be compelling, and direct. There is so many commercials, which is perfectly designed, people appreciated many of the commercials as they like them and attracted towards the product. Add the need to be designed in a way, so the people grasp towards using the product, the ultimate advantage will be given to the company, as companies can get maximum profitability, with the use effective commercials. Spending maximum budget on the commercials is not compulsory to promote the advertisement every time, even simple commercials sometimes become a center of attraction and able to motivate the consumer to buy the product. 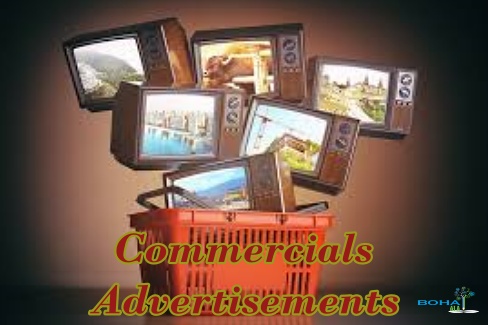 In the article, there is the discussion about some commercials that seems attractive and motivating to the consumer, there are the commercials that are the simple and straightforward example, the commercial of Chevy Volt was forced to keep simple because new technology was used in the commercial. However, the commercial proved effective. The example of BMW’s X3 and iPhone is also given. The advertisements can also pay off, even if they are spots with bad taste or if they are unfunny, example, the advertisement of Doritos get famous in the people and market, as the person in it was sucking the finger of his co-worker because the packet of Doritos was finished.

Some commercials are complicated and elaborated, which are not able to deliver the message in the advertisements.  Example the advertisement of Audi, in which there is the luxury prison and the prisoners get successful in escaping because Audi was waiting outside for them, this advertisement also seems to be interesting and motivating. Moreover, there is the discussion about the HomeAway.com commercial, in which there is mock hotel rooms and families fighting because space was squeezed. Many advertisements could be effective and motivating in their own ways, however, advertisements need to be simple and direct, the advertisers having the lack of information these days and Mr. Sullivan calls them namby-pambies (Crain, 2011).