There has been a huge concern globally about the sources of energy, and how the world should exploit these energy sources. This concerns range from environmental, economic all the way to political. This has led to a keen interest to renewable sources of energy, which is considered safe, have the ability to be replenished over a period of time and also a non- pollutant. In this regard, traditional energy sources that contribute to gas emission are being discouraged worldwide. Energy that is constantly being replenished is what is referred to as renewable energy. According to arena (2012), renewable sources of energy include  all the natural sources of energy like solar energy which comes from the sun rays, ocean energy which is as a result of tidal waves that can be used to turn turbines, bioenergy which is as a result of the plants organic matter, geothermal energy which determines the temperature of matter and is extracted from the earth’s crust and lastly wind energy with turn huge wind turbines that are located in massive tracks of land to produce energy inform of electricity. Sunlight contributes the highest renewable energy source, as most of the renewable energy comes directly or indirectly from the sun. Other forms of renewable energy come from the earth’s internal heat. Tidal waves that come by in the ocean during certain hours of the day are as a result of the moon and the sun gravitational pull among the earth, this form of energy can be used to turn turbines which in turn generate electricity that can be used both industrially and domestic wise. 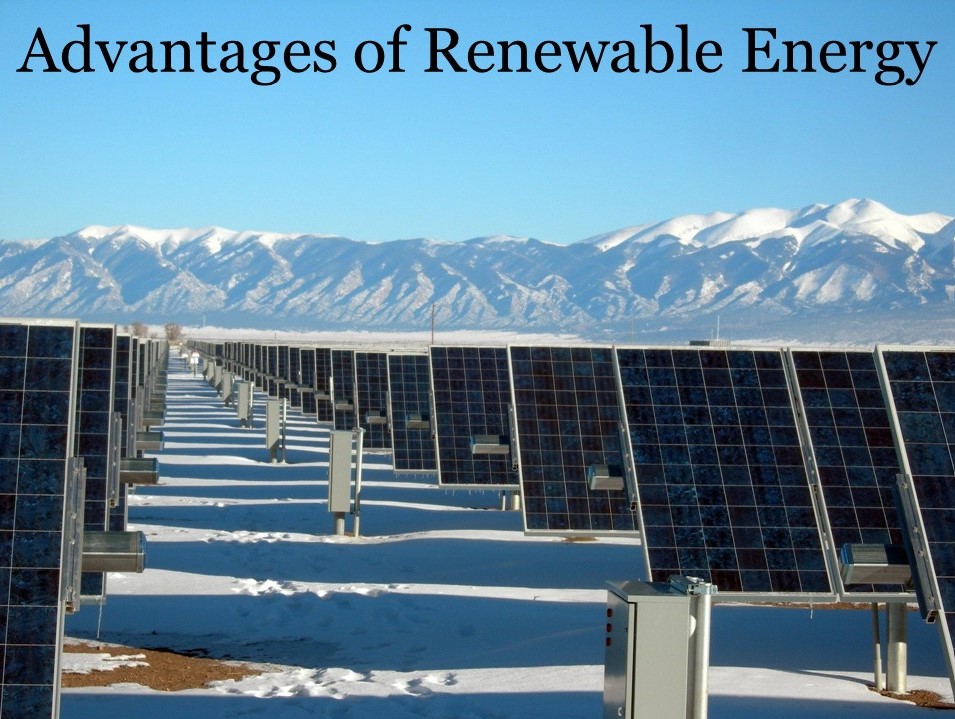 Renewable energy (2014) explains how the sun can be regarded as an indirect source of renewable energy when it explains, that the sun is responsible for chlorophyll in plants, which facilitates in food production essential for plant growth. This constitutes to a wide range of uses like electricity production. This in turn constitutes to the organic matter that that make up the plant structure known as biomass, which can be used to produce electricity, a source of fuel and also chemical compounds. This approach is also found as an economical advantage as it will reduce the overreliance on foreign oil, hence reducing wealth and resources transfer to oil rich nations. Another issue of concern is greenhouse emissions problems which have never been alien in the world. Efforts have been put in place to reduce this emission by developing policies against toxic emissions among countries. This emission has contributed global warming. Scientists from renowned background claim that a huge percentage of human development activities have caused this problem and that in the recent future, temperatures will hit 3.2 and 7.2 Fahrenheit by the end of century (Andrew, 2012).

According to Andrew (2012), science is claiming that global warming is not contributed by manmade activities but is as a result of natural cycles that have been around for decades, due to the irregular patterns of temperatures and certain adverse weather conditions experienced globally. Critics also argue that natural energy comes with many drawbacks as in the case of having to part with huge tracks of land that would have been used for other development activities like infrastructure development for settlement, or as a project site for building social amenities, instead this land would be set aside for the development and installation of wind turbines inorder to get wind powered energy. Nathanel (2014) concurs by adding that, solar and wind energy cannot be relied as a consistent, uninterrupted source of energy due to irregular and adverse patterns of the weather. According to Andrew (2012), we are far from depleting our tradition energy sources like oil reserves. This is due to the fact that even though there has been a steep increase in the price of oil globally, this levels of concerns have not reached at a level that is alarming or threatening to indicate a possibility of a huge problem.

Prices of renewable energy are reducing. Companies are developing new ways to lower the cost of energy. This is a viable option for replacing traditional methods of energy, as its adaptation according to Andrew (2012), can provide to nearly eighty percent of the world needed energy by mid-century. Since the cost of traditional methods are sky rocketing, this can be a sensible alternative, as a cost saving measure.

Much is said and proposed about the renewable energy, and much needs to be researched if the world will head towards renewable energy use. Certain factors like weather consistency affects some renewable energy sources like the sun and wind, and also resources that need to be sacrificed in order for the installation of wind turbines need to be discussed comprehensively. But despite all that a lot is to be gained, in terms of affordable sources of energy and also a pollution free environment.