Advantages and Disadvantages of Robots

Robots can be defined as the virtual and artificial agent or mechanical agent, which is characterized as an electro-mechanical machine that is guided by some computer program. Robots can be classified as autonomous, operated remotely and can range from industrial robots, nano robots to humanoids such as TOPIO and ASIMO. (Bergin, 45).  Simply speaking, robots can be described as a mechanical device that can sometimes imitate a human being and is capable of performing multiple tasks or often complex human tasks that can be programmed or performed in advance.  The following report contains the analysis of robots ‘ advantages in this revolutionary and technical environment. The study also explains the robots ‘ drawbacks. Finally, a conclusion was taken from the robots research report.

Robots have several benefits, as they are robots that can perform multiple tasks and acts that humans can not perform. Robots can work 24/7 without pay and food, and they can perform tasks accurately and consistently. Robots are beneficial because, along with greater accuracy and reliability, they can perform tasks faster than humans. Robots can be used to perform various tasks such as manufacturing, household, etc. The use of robots in the industrial sector has several benefits as they can help improve product quality and also reduce waste or breakage. Robots can be very helpful in terms of business, since they can increase production rates and also reduce costs per unit of production compared to human labour. (Gray, 88). 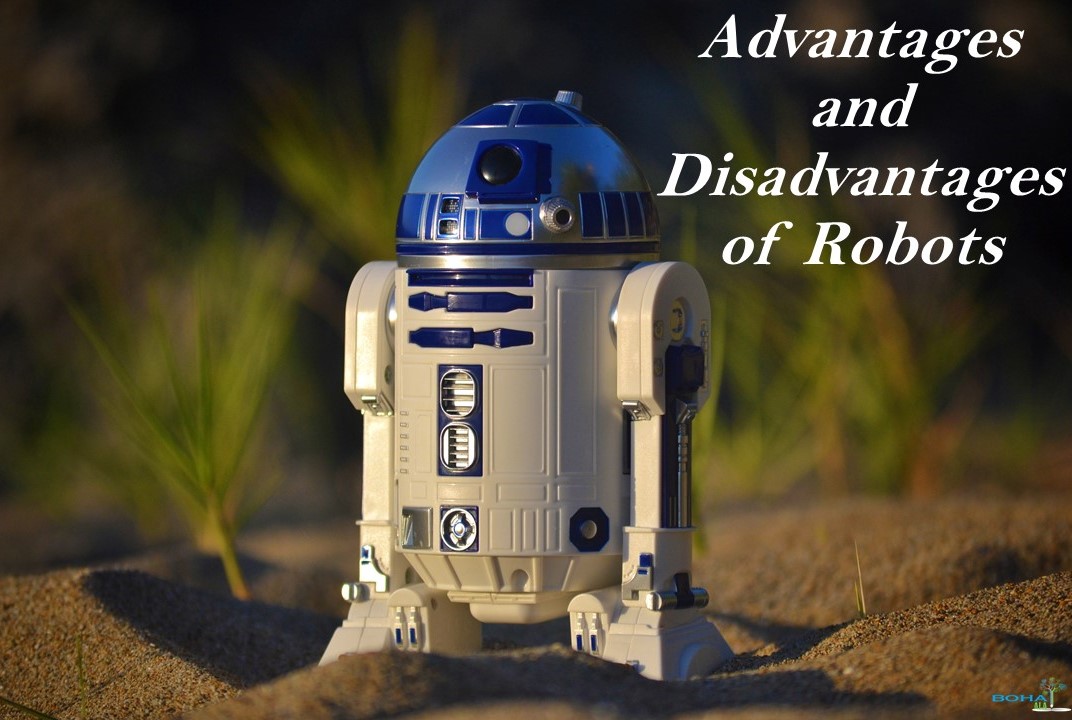 This is because they have the ability to work constantly without any breaks, vacation, and sleep and also has a potential to be more productive than any human worker. Robots also has the advantages of work place safety, as the workers are moved to the supervisory role and the humans don’t have to perform dangerous actions in several hazardous settings.  Robots can also result in savings, since higher safety for workers also leads to savings. This also leads to lower level of concerns for the workers insurances by employers. Robots also perform each job more quickly than any other person which helps save time. Robots measurements and actions are more or less exact and this also helps organizations to save costs by reducing wastages (Kuttan, 145).

Robots can effectively used to get information which cannot be hold by humans. Several robots were automatic and they can also perform several tasks without human interference. Robots can also be used to entertain us and help people in doing several tasks. Robots can also be used to do several tasks which cannot be performed by humans. Robots are also sometimes called as artificial intelligence as they can do several tasks faster than humans and can also help in making daily life safer. They are now a day extensively used for military purposes also. The military has also started using the robots in war prone zones. Robots are extensively used in several other areas mainly in the businesses related to research and production.

Each coin has two sides in the similar manner having several advantages of robots they also have several disadvantages. With the excessive use of robots in the business area human beings can be replaced by robots and thus lead to loosing of jobs for the people. This is the biggest disadvantage of robots that they replace humans in several working areas and increasing the level of unemployment. Robots also have the biggest disadvantage that they are highly expensive to be produced and used.

Robots are manufactured after extensive research and development activities and this requires high technology with extensive investments which is not available locally to all human beings. Robots also require high supply of power and thus consume more of electricity, which leads to high power consumption.  Robots also have the disadvantage of high maintenance in order to keep it running. Robots are a costly affair and cannot be afforded easily. Robots are also needed to be purchased or buy with high expenditure on them and thus increases the cost of producing products and goods. Mostly they were manufactured and used for production purposes in the organizations and they increases the cost of production due to their costliness though they reduces costs due to replacement of human labors and also reduces the costs due to lower level of wastages still they are a costly affair in the initial investment period (Kuttan, 325).

The robots also are a costly affair for the organizations using them as they will also require maintenance costs which will lead to increase in the prices of the products and services from time to time. Robots also do not guarantee assured results, as without planning the organizations cannot achieve their goals just with the use of robots. It also has the disadvantage that operating robots requires specific expertise by the employees in order to program and interact with the robots in organizations or at specific site and this require time and financial output. Though it is said that robots can help the organizations to reduce hazards and improve safety of workers but still their very presence can also create other safety problems and this must be taken into consideration. This is also the disadvantage that robots require considerable human interaction as they cannot perform many scientific tasks independently. Thus it can be said that robots have several disadvantages also (Niku, 163).

From the analysis of the overall research done on the topic Robots it can be concluded that robots have several advantages and disadvantages. Robots can lead to decrease the cost of manufacturing considerably but it also requires huge amount of initial investment which cannot be afforded by all organizations. It can also be concluded that robots may make the life of people easier but they also replace humans from several operational sites. It can also be concluded that robots are the creatures developed for making the life of humans easier but still they have not been developed to the level that they can perform all the tasks without any interference of humans.