The environment is essential to the growth and sustainability of all living things. Human beings are at the top of the hierarchy making them the guardians of all resources present. Most of the livelihood is dependent on the resources acquired from the environment. This places an enormous amount of responsibility of human beings in terms of maintenance and preservation. Resources are ideal for the development of the environment. Over the years human beings have come up with various forms of exploiting resources so as to utilize their benefits. This has in turn placed a significant amount of pressure on the natural resources which continue to face depletion. Resources can be natural or manmade depending on its source. The demand for the use of the resources continues to increase due to the increase in population. Various parties have become greatly concerned about the sustainability of the environment. This has introduced the environmental debates that seek to look at better means consuming energy. The use of renewable resources is one of the possible solutions of to curb the current environmental issues faced to date. The analysis of the issue is thus ideal so as to discuss the merits and demerits that come with the trade (Chiras, 2007).

The focus of this paper is to provide an analysis of the renewable energy as an alternative source of energy. The paper looks at the different options available to man and their significance to the sustainability of the environment. The paper compares and contracts all the viewpoints of key arguments made in regard to the topic. This is summarized using a concluding paragraph that reflects on the contents of the topic at hand. 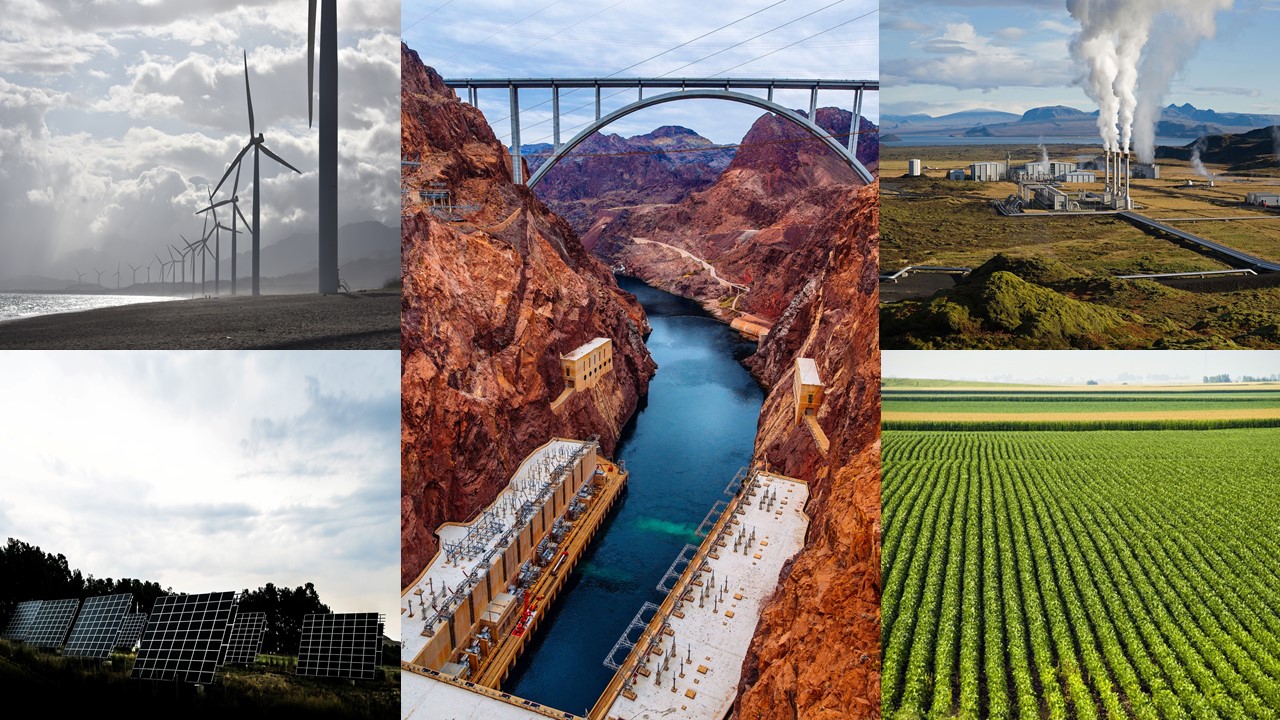 Solar energy is derived from the sun making it one of the principle sources of energy. Solar energy is produces in the form of sunlight which plays a pivotal role I the growth of both plants and animals. The solar energy can be retrieved directly or indirectly from the sun depending use of the source. The sun as a source of energy has been developed to suite the modern age that comprises of industrial revolution globalization and urbanization.  The suns heat is used for warming up cold surfaces and providing a warm environment. One of the developed available for exploiting solar energy is the solar panel. The use of the solar panel is used to attract the sun’s rays which in turn, convert into fuel that can be used as energy in the household.  This form of energy can be used to cut down on use of gases that pollute the earth’s ecosystem (Schaeffer & Pratt, 2005).

The main advantage of solar as a source of renewable energy is its naturally occurring state that makes its production cheap. This form of energy can be exploited by all the countries in the globe making it a reliable source. It is also ideal for countries that lack the means of purchasing non renewable which is more expensive.

One of the disadvantages that are experienced from the consumption of solar energy is existence of the weather changes. The change in whether creates a vacuum in some locations which do not experience a particular season for a certain amount of time (Chiras, 2007).

Like the term, wind energy is received from the activity of the wind which is a naturally occurring. The wind provides a different form of energy from that of the sun due to their distinctive features. The wind however works with the sun to produce some source of energy when both come into play. The creation of the wind mill changed the dynamics of acquiring wind energy in the environment. Wind mills and wind turbines are use to attract the blowing wind so as to produce grind grain and to produce electricity. These two mediums can be used as alternatives in areas such as factories and households.

An advantage of the wind mill is that it is a cheap and reliable form of energy when located in the right place. Trapping the wind is necessary for the exploitation of the energy source making the investment of the material essential. This has proved as a disadvantage in areas where investment requires a significantly large fee (Rajeshwar, McConnell, & Licht, 2008).

Hydropower is basically the use of large masses of water to produce energy. Water is life in that human beings cannot perform their daily routine without water. Apart from ensuring the livelihood of individuals, water can be used to produce hydro energy that is a powerful source of energy. The process of converting water into energy takes a while making it a consistent and natural routine.  Water has the ability to evaporate in the presence of the sun. The evaporated air then rises into the atmosphere to form clouds. These clouds precipitate to form rain which falls back to the rivers, lakes and the oceans. The water in these water bodies move at a fast pace giving them the friction that turn the water wheels which turn the substance into energy.

An advantage of water is that it is readily available to man due to the presence of a variety of eater bodies and the activities such as rain. The highest percentage of the earth’s mass is made up of water. One would think that it is readily available. This contradicts the argument that water is cheap and easily available. Research shows that water is one of the most consumed sources of energy over the years. This stems from its significance in the households and as a source of food production. The demand for water is thus one the rise due to the rise in the population rates of some of the countries. Another factor which environmentalist’s motions is that the use of geothermal is threatened as a result of the extensive famine that is experienced in the sub-Saharan parts of Africa and the Middle Eastern part of the globe. These areas cannot exploit hydropower energy as a viable option making them subject to other forms of non renewable energy (Mason, Mor & NATO, 2009).

Geothermal energy works hand in hand with hydro energy making them complement each other. Geothermal energy is produced from the heat of hot water which is converted into electricity and transferred to generators. This form of energy can be retrieved from drilling the surface of water reservoirs. This particular method requires an enormous investment and research so as to target the right location.

The use of geothermal energy is ideal for the exploiting catchment areas that are rich in water. It may however be unsuccessful if not well executed. This form of energy continues to gain recognition across the globe. It thus has a long way to go due to some of the demerits that come with its production (Jordan-Korte, 2011).

One of the oldest sources of energy, biomass energy is recognized for its contribution to the early forms of development in the early civilizations. The different forms of biomass available are wood, decomposed waste of plants and animals. Wood continues to dominate as the number one choice of biomass energy. Biomass is use to create electricity and gas used in households and industries.

An advantage of using biomass is its ability to sustain a large community due to the amount of energy its produces. Despite this, biomass as a renewable form of energy causes a lot of controversy due to the destruction of the forest so as to create wood. When the wood is burn, it cannot be recycles making its use questionable in the long run (Craddock, 2008).

In conclusion, renewable energy has on several occasions been referred to as the future of the earth sustainability. Most of the sources are ideal for long term use making them reliable, credible and efficient. An enormous amount of research has been placed on this area of study. Reusable energy however has a long way to go before the globe fully adapts its use.