Advantages and Disadvantages of Incorporation

An understanding of the term incorporation is required so as to be able to make the decision of whether to incorporate the health care facility or not. Incorporation can therefore be defined as the process in which a legal entity separate from its owners is created called a corporation. If the health care facility is to be incorporated it would then be referred to as a corporation. This means that it would be recognized as a legal person. Due to the fact that the facility is highly specialized with highly qualified physicians its operations would be on a large scale and therefore would necessitate the incorporation of the facility (Keir, 2008).

Incorporation has many advantages since the organization now stands as a legal person and it therefore has an independent corporate existence. This means that the facility is not the members and physicians involved in it, and the physicians and other employees are not the company. This in turn means that the corporation can sue and be sued without directly involving the members. 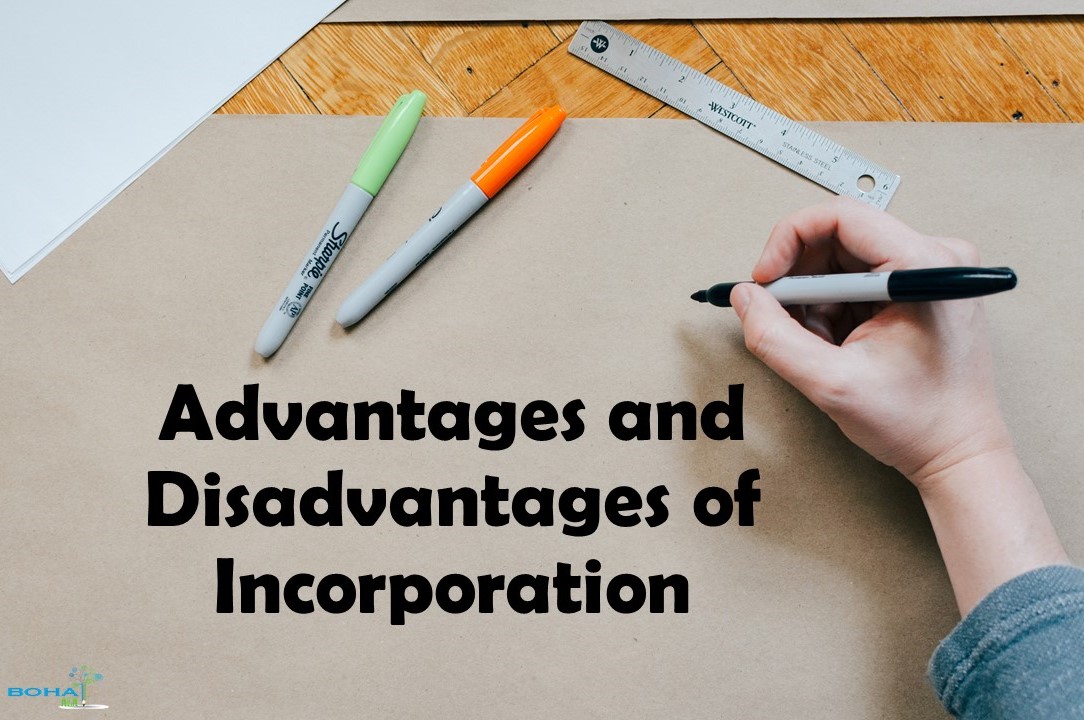 Another advantage is that as a corporation the facility will enjoy limited liabilities. Since the company is a separate legal entity, it has its own business operations which may lead to large debts. The debts incurred are not charged to the individuals but to the facility.

Upon incorporation the facility will enjoy what is referred to as perpetual succession. From the word perpetual we understand that the business will not end or die, unlike sole proprietorship or partnerships. The facility will therefore have the capacity to continue operating regardless of how many members join and leave in the capacity of physicians.

In the event that the facility acquires property, the assets will not be charged on any one of the members or the physicians but to the facility itself. It will therefore hold and enjoy property in its own name. This also means that no person can claim ownership of the facilities property and equipment.

A great benefit of the incorporation is the management of the corporation. Incorporation will attract professional managers to run the facility and this will help in the creation of a good name and image for the health care facility.

The corporation will have to pay taxes whereas the individuals in the corporation are also charged taxes on their dividends. One of the legal requirements in forming a corporation is the compliance with the Corporation Act which requires the corporations to gazette or make known its performance seasonally on a consistent way. There must also be the regular filing of reports and tax returns.

Another disadvantage is the fact that the corporations are restricted to specific kinds of activities which they state in their formation process.

Feasibility of a Profit or Nonprofit Organizational Status for the Facility

A profit organizational status would mean that the facility would be run with profit as its priority and that the profits it makes would be the major reason for its existence. This means that the policies to be implemented will be biased towards making money for the facility rather than on the services rendered.

On the other hand the nonprofit organizational status also known as the non-commercial status shows that the facility uses the surpluses in revenue to achieve its main goal which in this case would mean offering better medical services and having the necessary equipment for the activities in the facility (Holland & Ritvo 2008). Amongst the advantages of the nonprofit organizational status is the fact that there are no taxes charged to this kind of facility. The tax exemption means that the facility will save what it could have paid as state or county taxes.

The facility will also have the capacity to receive all the money that it receives as donations and grants from other financial institutions and well-wishers and donors. Some of the other marginal benefits of running a nonprofit organization status are enjoying cheaper rates of advertising and also access to free radio and television announcements. More often than not, nonprofit organizational models attract the favor and respect of the community around especially if the organization betters the lives of the members of the community. For a health service facility, such an atmosphere would boost its performance as far as offering health services is concerned.

Any contract being a legal document should very clearly identify in writing the parties involved i the formation of the contract. This means that legal status of the facility should also be set forth, for example if it is a contract between a physician and the facility it should be known that it is a nonprofit corporation. The nonprofit status has to be mentioned.

Secondly in the part of the contract that states the duties and the responsibilities of the physicians to be employed into the facility. It should therefore clearly stipulate the terms of the employment whether it is part time employment or full time employment.

The contract should also ensure that the supplies required to perform certain medical services are provided and made available to the physicians who would use them. They should be made aware that they are not expected to provide certain facilities to the facility since it is a corporation with the capacity to record assets under its name. Any violation of the clause in the contract pertaining to the acquisition of equipment and machinery will attract either heavy penalties or loss of employment. In the event that an equipment is required but is not readily available, a formal complaint should be launched to the management through the right channels.

The compensation of the medical staff should also be clearly identified in the contract. This may be in terms of a fixed salary or to very specific sums that are calculated by formula. Upon showing the base salary agreement, the contract should also indicate the amount of payment and the frequency of the payment (Sanders, 2003). Besides the salary and compensation agreement a good contract will also disclose the fringe benefits that the medical personnel are to expect for example, what insurance covers they are entitled to, the times that the can enjoy their offs and the re-imbursements of the expenses they have incurred and covered by their own money and also the retirement benefits to motivate the medical staff to give their best to their old age.

The contract should also underline the circumstances under which the employment of the medical staff can be terminated and the effects of the termination. In some instances there are restrictions that are stipulated in the contract. For example, the contract could include a covenant not to compete thereby prohibiting the employees from practicing or accepting other employments parallel to the medical facility. Another example of covenants entered into is the covenant of confidential information. This would be useful to the medical facility.

Sample Structure of the Contract

This contract has been entered into on (day) of (month) (year), by and between (the name of the medical facility) corporation with its head office located at (venue of the head office), (country) and (the name of the employee). The preamble will then be followed by an introduction and the body which includes clauses that bind the employees to the facility (Wilson, 1975 ).

Plan for Hire or Appointment of Specialists for the Clinic

In the establishment of a plan for hiring or appointment, it is important to realize that for the medical facility to yield results and meet its short and long term goals, hiring the right people is key. Many times the workers who will give 100% to the job and be most effective may not have the best f credentials, or be the ones that you are most familiar with or like most. Having a prudent structure of hiring and appointment will help in identifying the reliable hardworking individuals who are best suited for the job in the clinic especially considering the fact that the clinic works with specialists like the dermatologists, gynecologists and specialists of the heart and respiratory system amongst other specialties.

A good plan starts by asking yourself a number of questions, that is, what kind of people are required for the job? What can the medical facility afford to offer in terms of the salary and the terms of employment either part time or full time? What is the best hiring process? Careful analysis of the questions to identify the most suitable solutions would lead to the development of a workable hiring and recruitment plan that would ensure the medical facility has the best employees suited for it.

The plan can begin with making an offer with the details of what the employees will be expected to do and what the organization will do for them in return. An advertisement in the print media and also in television and radio stations is a good example of making an offer. The advertisement is a call for application and the shortlisted candidates will be called in for an interview. The interview is specialized departmentally with a panel of experts in recruiting to oversee the process. As part of the interview the candidates can be allowed room for negotiation in matters to do with the salary expected and other term that they may want to negotiate on to prevent future misunderstandings. After the interviewing process, the most suitable candidates will be appointed to their various respective offices of specialty. The runners up will also be contacted and given a reason for their being left out so as to keep the relations right in case they may be required to present themselves again in future.

Medicaid is basically a health program started by the United States government especially to help low income earners, children and people with disabilities to access health services. Medicare on the other hand has a slight variation with Medicaid in that it lays emphasis on the older population in ensuring that their health needs are met (Smith & Moore 2008). Accepting Medicare and Medicaid as potential pay sources for the exclusive clinic would be justified by the fact that the clinic is geared towards ensuring that every individual receives equal attention as far as health matters are concerned. The pay from Medicare and medic aid would help to subsidize the amount that would otherwise be charged to the citizens for the specialized services offered.

If the clinic would reject the source of pay, some of the services would not be affordable to some of the citizens and would therefore disadvantage the low income earners, children and the aged. The medical facility is a nonprofit making organization and therefore it does not majorly involve itself in maximizing on their returns but on the services offered. Even though the facility is given to attend to the specialized cases in accordance with the services they offer without discrimination, there are unavoidable expenses that are incurred in the process of operation. Therefore instead of relaying these expenses to the clients by charging them highly, the clinic would do better to accept Medicare and Medicaid as a source of funding. To further justify the funding, the same citizens that are attended to by the clinic are the same one that pays into the health program as their income is deducted in the form of taxes so as to be able to sustain the fund.