In an article by Gilbert and Pearl entitled “Transport Today,” in their book Transport Revolutions: Moving People and Freight Without Oil, the writers make it clear that almost the lives of all people around the world depend entirely on movement from one location to the next (Gilbert and Perl p, 65).

People seek reasonably priced ways of transporting goods from one region to the other. The thesis of this article is that, travel and movement of goods have been an essential aspect of human experience since the ancient times that were characterized by poor infrastructure to the modern times when the mode of transport has been made easier by motor vehicles. Gilbert and Pearl, point out that the transport challenges that people experienced in the olden times necessitated the development of a more efficient and faster mode of transport (Gilbert and Perl p, 65). Gilbert and Pearl position their arguments in such a way that they prop-up the fact that motor vehicles have more benefits than disadvantages. They make it clear that it is through the development of motor vehicles that human beings have been able to travel far and wide (Gilbert and Perl p, 65).  Evidence to the fact that motor vehicles are more beneficial to conventional modes of transport is presented in form of comparisons. The article conducts a thorough scrutiny of motor vehicle and transport sector and presents some of the disadvantages associated with traditional means of transport.

In addition, the article discusses some of the drawbacks associated with automobiles. Among these are: an increase in the rate of environmental pollution, rising costs of owning a car, uncontrolled movement of people from rural to urban areas, total dependence on cars for transport, in addition to increase in fuel costs. The other disadvantages associated with cars, as illustrated by Gilbert and Pearl, is that they may result in the death of many people through accidents (Gilbert and Perl p, 67). Gilbert and Pearl provide some figures concerning some of the fatal accidents that have occurred across the world. 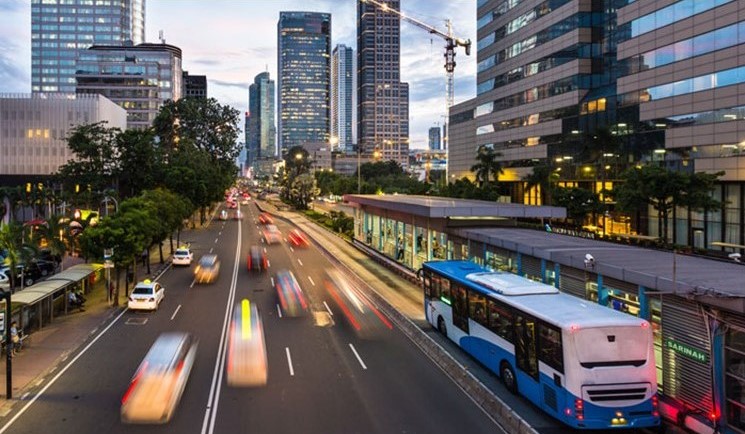 The work of Gilbert and Pearl brings to light some of problems that will impact on the contemporary society’s reliance on motor vehicle transport in the light of challenges posed by decreased supply of oil and changes in climate. Gilbert and Pearl propose organizational in addition to practical inventions that have potential to guarantee effective and safe movement of persons and commodities in ways that reduce damage to the environment in addition to making maximum use of renewable energy sources (Gilbert and Perl p, 67). The authors come to a conclusion that the benefits that will be obtained from the use of motor vehicles in the twenty first century will exceed the advantages of the previous centuries and set a base for continued use of this mode of transport in the successive centuries. They make it clear that both the motor vehicle industry and the transportation business hold great promise for the entire human race (Gilbert and Perl p, 68). In the future, according to Gilbert and Pearl, more efficient and faster cars will be developed. They argue that it will come a time when most of the people will own a vehicle. The benefits associated with vehicles will thus be enjoyed by a large proportion of people.

The rhetorical strategies used by Gilbert and Pearl in their work are narration, argumentation and cause and effect analysis. The authors bring to our attention the transport situation as it was before the invention of motor vehicles as well as the advancements that the transport sector has undergone. They provide a detailed story concerning the mode of living as well as the transportation of goods in the olden days. They reveal to us some of the drastic steps that human beings have taken with intent of making transport easy. They tell a story of how the various ancient trading activities were carried out and the dangers the people were exposed to as result of traveling from one region to the other on foot (Gilbert and Perl p, 68).

The rhetorical strategy that has been extensively used in this article is cause and effect analysis. Through cause and effect analysis, the authors look at some of the benefits as well as the disadvantages associated with the invention of motor vehicles. They describe the factors that resulted in the development of motor vehicles in addition to the consequences of this innovation. The use of cause and effect analysis aims at persuading a large number of people to the perception that cars are not only beneficial to an individual, but also to society at large. Through this analysis, the people are provided with detailed information from which they can visualize the mode of life and transport at a time when technological advancement was at its tender stage. The argument concerning the benefits and disadvantages of cars, as presented by Gilbert and Pearl, appeals to logic since details concerning the benefits associated with motor vehicles are presented in a logical and comprehensible manner.

The authors have set the beliefs, ideals and perceptions of vehicles in a manner aimed at persuading the support of the people. The authors dwell much on the benefits of cars as compared to the disadvantages. In this article ethos is used to motivate not only the use of cars, but also increased development of cars. The authors aim at changing the negative perceptions of some people concerning cars, especially the beliefs of some people that cars are machines purposely manufactured for killing people through accidents. Through the use of ethos, the authors bring to our attention there are many potential benefits that can be obtained from the ownership as well as the use of cars.

The cause and effect analysis is widely use by the author because this rhetorical strategy is less biased. Through this strategy the authors are able to look critically at both the advantages as well as the disadvantages of motor vehicles in an unbiased manner. This strategy is far much better than narration, which is also one of the rhetorical strategies, because it does not focus only on stories concerning a particular subject or a particular side of the subject.  Through the way they have presented their work, Gilbert and Pearl, demonstrate high levels of proficiency in analysis. They have offered clear and understandable information concerning the history of motor vehicles in addition to the ways in which human beings have benefited and suffered from this technological invention. The authors bring to light some of minor details concerning the use of cars, to emphasize on their benefits.

Analysis of Gilbert and Pearl confirms that there are more benefits than disadvantages associated with the use and ownership of cars. People in the past experienced numerous challenges in transporting goods from one place to the other. Most of the transport challenges have however, been eradicated by the use of cars. Nevertheless, there are some disadvantages associated with care. These include environmental pollution and fatal motor vehicle accidents among others.