In 2006, the United States recorded comparatively high incidences of suicide among the young adults aged between 15-24. With 4000 mortality rates associated with adolescent suicide, it has become the third leading cause of death among the college-going teenagers aged between 12-18 years of age. According to the hospital discharge information from the Center of Disease and Control, more teenagers and young adults die from suicide than other ailments such as cancer, HIV/AIDs, birth defects and other chronic diseases. In a more break-down of the suicide death among these age groups, mortality statistics indicates that there are ten youth suicides in every 100, 000 each year in US. Between 2000-2010, the suicide rates among the young adults have been estimated to be 10.5 percent per 100,000 youths (Blum & Qureshi, 2011).

Although adolescent females will tend to commits suicide compared to the males, Youth Risk Behavior Survey show that 85 of suicide deaths are male young  adults. The survey also indicated that different ethnic groups have suicide disparities with most suicide among the adolescents recorded on Hispanic youth and the Native Americans. Additionally, the survey shows that 13.8 percent of youth admitted to contemplating suicide in 2009, and 10.5 percent said that even had plans to commit suicide. Some of the methods used to commit suicide among the youth include firearms, suffocation, and poisoning (Blum & Qureshi, 2011). 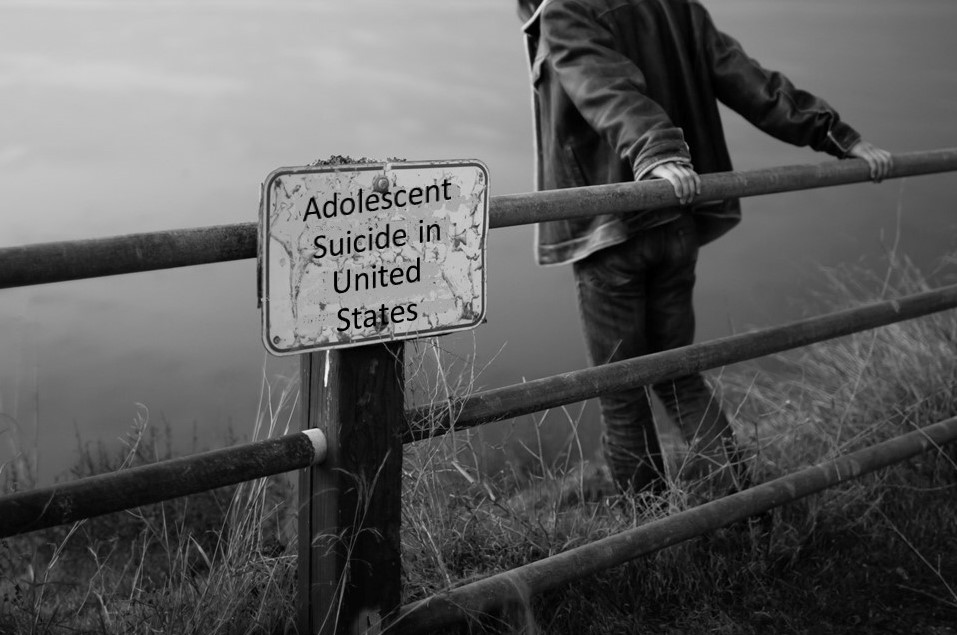 For instance, reports from Indian adolescent suicide between 2006 and 2010 indicated that 53.9 percent of the young adults suicide died firearms, and 23 percent was as a result of suffocation. However, adolescent suicide has been a major concern for the pediatric population when providing Medicare and preventive measures to victims of suicide. The pediatricians are confronted with deal with the risk factors associated with adolescents suicide that include health problems, family factors, substance abuse, bullying and stress. It is important to note that due to cognitive and the development factors among the young adults, pediatrician should judge and assess the risk factors and provide immediate interventions (Blum & Qureshi, 2011).

Challenges Facing Pediatrician in Prevention of the Adolescent Suicide

Psychiatric autopsy is the most significant and statistics indicate that 90 percent of all suicide among the adolescent have at least one diagnosis. Prevention and interventions measures are should be put in place by the clinicians especially for suicides associated with depression. Depression is most common in girls, but there have been other suicide attempts from young adults engaging in substance abuse. In addition, statistics shows that some suicide attempts are fueled by anxiety, combined with drug abuse, health problems and victimization by the peers (Garfinkel, 2014).

A family with a history of attempted suicide, drug abuse and sexual abuse can greatly influence the risk of attempted and contemplated suicide among the adolescent. Also, families that the history depression disorders or children have been physically abused have increased the risk of adolescent suicide (Garfinkel, 2014).

The adolescent’s perception to events that bring stress can also contribute to suicide. For instance, the suicidal behavior is normally linked to the stressful events such as interpersonal conflicts, parent-child conflict and romantic problems among the old teens. Putting into mind how teens are impulsive, even small levels of stress can trigger suicide. Therefore, the pediatricians have a role to play in counseling and resolving conflicting parties among the adolescents (Garfinkel, 2014).

In order to establish evidence-based interventions for preventing suicide among the adolescents, the Best Practice Registry (BPR) has implemented programs that borrow from two sources. They include National Registry of Evidence-Based Programs and Practices (NREBPP) and SPRC/AFSP Evidence-Based Practices Project (EBPP). In addition, the literature research also provides a wide range of principles and processes that aim to create prevention interventions such as identifying risks and protective factors. Other changes include developing goals and objectives for monitoring cultures, setting up the language for counseling the target audience. The BPR planners must engage in systematic planning efforts to addresses the needs and the circumstances of the adolescent suicides and provide the necessary assistance (Garfinkel, 2014).

Changes Developed by the BPR for Effective Suicide Prevention Programs

The systematic planning process includes  community planning and multiple engagements of the stakeholders in assessing their needs and circumstances and creating interventions that match their problem. The goal of a systematic planning process is to identify the risk factors leading to adolescent suicide and conducting evaluation efforts for improvement of the intervention results (Capuzzi, & Golden, 2013).

The suicide practitioners can benefit from a range of research work that focuses on prevention of problem related health and safety risks that lead to the adolescent suicide. For instance, prevention efforts identify the major areas of health and safety risk such as juvenile deliquescence and violence, school failures, substance abuse and the risk of sexual behavior. Furthermore, substance abuse has been divided into a number of domains for the ensuring best practice principles. They include community, family, peer, school, individual and the society at large (Capuzzi, & Golden, 2013).

The pediatricians can create awareness among the victims and communities that suicide is preventable and a public health problem. In addition, the practitioners can develop a broad-based support for adolescent prevention by selecting and training of medical workers to provide referral services to the suicide victims. They can also create strategies to cope up with the stigma that arises from the substance abuse and the mental health among the young adults. Through the prevention services, the practitioners can create connectedness and resilience with the victims and instill optimism in them (Capuzzi, & Golden, 2013).

The World Health Organization encourage assessing the suicide thoughts by engaging the victims in a direct talk. Contrary to the misconception that trying to make the victims talk about their meditated suicide would lead to castigating the idea into action, the discussion is a way to show care and compassion. As such, the method gives assurance to the teenagers  that other people care about them (Capuzzi, & Golden, 2013).

The Center of Disease Control reveals that the nurses are bringing positive changes in suicide prevention strategies. Nurses play an important role by evaluating the mental health of the suicide patients and providing the necessary care needed for a teen to open up their problems. In the United States, several prevention programs such as the Butler Foundation have engaged nurses in spearheading educational talks in schools such as in Ohio. For example, Cathy Strunk, who is the program coordinator the Surviving Teens in the United states, has developed train-the-trainer program to increase the number of nurses offering services to the suicide teen victims. The program was intended to link the teenagers and parents through the nurses in 2011 (Wood, 2011).

Many people often feel uncomfortable to talk about the issue of suicide because they are afraid that they will be blamed. Most suicide attempts remain behind the closed doors as the victims are usually not willing to share their problem. There is also the issue that talking about suicide can leave the families, and friends of the victim stigmatized. As a result, the problem of suicide is shrouded with secrecy and the victims do not receive interventions from the medical professionals. Nevertheless, research has uncovered a lot of information which can be used in prevention and intervention strategies.