RE: ADDRESSING POVERTY IN CANADA

Canadian Poverty as a Concern

I am writing this letter to express my concern about the biting poverty that eats the society leaving people destitute and desperate. I would start by stating categorically that poverty is a serious human rights’ violation, a social deterrent to obtaining quality healthcare and literacy. Accordingly, it is a vice that should be stamped out of society with the urgency it deserves. Poverty reduction in Canada is not a far-fetched dream. The country has adequate resources; technical knowhow and everything it needs to tackle this crisis and transform the society into a socially and economically viable and prosperous one.

Current Poverty States and its Implications

The current state of poverty denies the affected citizens the right to access quality education. Without education, citizens lack the power to make decisions about their lives. This lack of power impacts negatively on their health. Moreover, poverty breeds people who lack the energy and motivation to contribute to the welfare of the whole country. Hungry people are angry and cannot serve their country towards the heights of social and economic prosperity. Poverty is also associated with diseases arising from malnutrition and stress-related cases. Poor people are also ill prepared to take care of their health as they can barely raise funds to have medical insurance covers. I therefore appeal to you to listen to these concerns and act on them so that many poor Canadians can be happy again with enough food on their tables, quality healthcare and education. Every single Canadian needs to be happy and their social wellness should be a priority of the government. 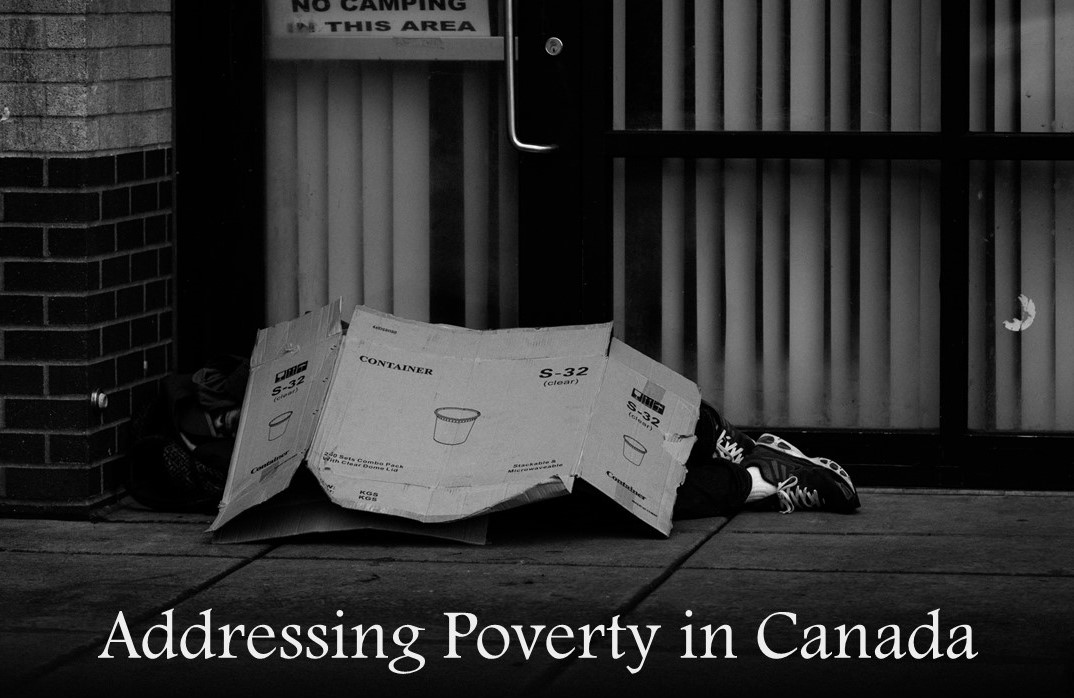 I believe that poverty is a vice that we can wipe out of society if we decide to do so. The first thing that the federal government needs to do is have the right attitude and the good will to tackle this crisis which has become a matter of social justice. Developing this attitude does not cause any resources or even energy. It should emanate from empathizing with the citizens who toil and moil and still find it difficult to make ends meet. Having ten billionaires and ten billion beggars is unjustifiable and a social evil that should not be allowed to happen in Canada. All humans should be treated equally and nobody should be seen to be more important than the other.

I appeal to your humble office to take a leading role in helping in the reduction of the tax burden. The Canadian income tax system is very progressive. The reduction of the burden will help the citizens have something left at the end of the month to help them through their social and economic lives. Countries that highly tax their citizens do not prosper economically. They end up hurting the economy even further. This is because people get humiliated and disgusted with the established tax structure and become less productive and efficient in performing their duties. Hungry and angry people are often less productive in their places of work than the highly remunerated counterparts. They lack the right motivation to discharge their duties and responsibilities to make the economy viable and worthwhile.

The office should also consider the initiation of more social programs than it has already done. The 2013 Canadian Conference Board study revealed that the Canadian income inequality stands at 27%. This is far lower than it ought to be; and the main reasons for this gross inequality were attributed to the tax system and transfers to the poor people. Initiation of social programs and strengthening the already existing ones will be a step towards the betterment of the lives of the poor Canadians who do not deserve to be poor by any standards. The extensive and mandatory employment insurance program must be closely monitored and appraised so that all the employers comply with it. It is one of the strategies that will see poor Canadians obtain quality healthcare without having to strain to get money with is often unavailable out of their pockets. The close monitoring and strengthening of the program will also ensure that the workers who are no longer employed continue to get medical treatment and save them from the otherwise impending poverty.

Apart from the government transfers, the ministry should initiate other publicly funded social programs and services designed to benefit citizens with low income. These programs should aim at public education, Medicare, employment equity, subsidized housing and subsidized post secondary education among others. It is worth noting at this point that many poor Canadians are not able to obtain these services not because they do not want them, but because of the fangs of poverty that tear their families apart.

The citizens appreciate the introduction of the working income tax benefits in 2007 which encouraged the low income people to get involved in the labor force. The signs were good with the expansion of these services and the susceptible people had something to celebrate. They believed it would help bid goodbye to the injustice of poverty. However, more than half a decade down the line; some Canadians still wallow in abject poverty. For them, life is not worth living as they lack the power to get them to economic prosperity. With the assistance of your ministry, Honorable Minister, I am very confident that the program can be expanded to target the poor populations and help them.

Honorable Minister, it is my strong conviction that all these can be done. We must bring up a society where people have the right attitude to work and the power to make decisions and manage their own homes and societies. Poverty takes away that power and leaves the vast majority of the affected population destitute. Poverty should not be allowed to thrive in our society because of its many detrimental effects. It is a vice that we have to fight to the tooth. If we let it defeat us, we shall have done a great harm and injustice to our own generation and that of our children and the children of our children. It is time to stand up, walk the talk and fight this violation of human rights. It is time to fight poverty, and we must win the battle.