It can not be disputed that globalization trends have in most instances, alienated aboriginal societies by undermining their ability to participate actively in social activities. This can be attributed to the inherent technological developments and disregard of various cultural aspects that are native to such populations. Seemingly, aboriginal visual culture has played a critical role in making aboriginal people a presence and not an absence. This has been attained through appreciation of the historical roles that they played in shaping the current future. From Belmore’s point of view, taking visual performances in aboriginal lands is instrumental in acknowledging their presence (Belmore 171). In particular, this arouses the dead spirits that are often remembered and mourned by the native societies. Notably, this is the active involvement of modern communities in the cultural lives of the aboriginals. Also, staging such performances in aboriginal lands allows for the participation of the locals in such activities. In the long run, their presence in society is not only felt but also acknowledged by specialists in aboriginal culture. 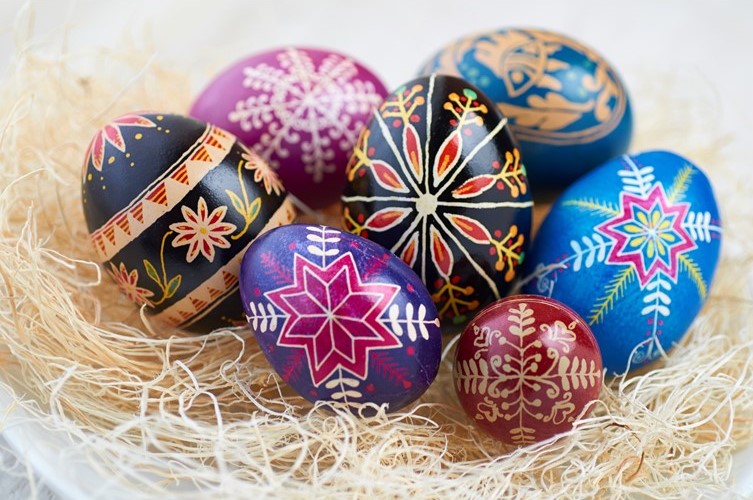 Further, incorporating aboriginal culture in current documentation forms such as written forms, photography, use of compact discs, painting and sculpting gives the modern societies a chance to not only appreciate the role that traditional companies played in shaping the current way of life but also triggers the responsibility to incorporate them in their day to day activities. Thomas, in this regard, appreciates the role of photography in understanding the way of life of the aboriginal societies (Thomas 1). According to him, photographs of aboriginal companies that were taken in the past can be stored for future reference. This indeed maintains the presence of aboriginal societies. This is mainly attained when the respective photographs are employed in modern-day graphics.

At this point, therefore, aboriginal visual arts can be commended for allowing the aboriginal societies to participate in the present rather than in the past. Of great reference, however, has been the role of mass media storing crucial historical information and presenting the same to the public through reviews. To have a greater impact and ensure that quality is upheld, this is usually done in collaboration with artists that specialize in aboriginal culture (Candice 135). In the long run, the entire public is informed about the various cultural aspects of aboriginal societies. More often than not, they tend to purchase the visual arts and store them for future reference. Ultimately, aboriginal persons are always remembered by modern societies and incorporated in significant social and political processes such as governance and policy formulation and implementation.

Through the development and maintenance of cultural museums, galleries, and reserves, the visual arts have played an integral role in maintaining the presence of aboriginal societies in the current lives. To attain the highest degree of quality, visual artists work in collaboration with native companies. The partnership gives them a chance to appreciate critical factors such as the value systems of the aboriginal societies. These mutual relationships enable each of them to benefit immensely from each other. Further, the development of films about different aspects of the lives of the aboriginal cultures exposes them to modern technology. It gives them a chance to participate actively in social activities and art (Thomas, 2). Perhaps the most important way through which the presence of aboriginal societies has been enhanced by aboriginal visual culture is the incorporation of this discipline in the education system. This has played a leading role in not only enhancing awareness about these persons but has enhanced frequent interaction with these persons by students taking the particular course.

The appropriation of art can be commended for being influential in political, social, and economic decision making in the past. President Reagan’s reign during the 1980s was characterized by a hostile conservative climate that shunned the activities of right civil groups, feminism and homosexual activities. This was also coupled with the worsening of the spread of AIDS. The government that was responsible for addressing these concerns underestimated the seriousness of this situation and implicated homosexuality for the spread of the epidemic. This triggered the emergence of a new form of political art that was defined by the ACT UP of 1987. The main aim of this group was to struggle towards ending the AIDS crisis through non-partisan means. It mainly comprised of various groups of artists that disregarded the conventional aesthetic criteria. Instead, they synthesized various artistic strategies as well as commercial advertising to attain their propagandistic ends.

The concept of appropriation of art influenced their art. They employed ideas from various artistic practices of renowned artists such as John Heartfield and Barbara Kruger. Also, they used a wide range of Pop Art graphics and the outrageousness that characterized performed art. In particular, they employed different techniques and mediums in creating an impression. This was depended on the type of occasion that their skills were expected to be used. For instance, they made bold posters containing appropriated images as well as invented texts and used these for certain demonstrations. Furthermore, they reworked a host of corporate advertisements and various newspaper pages and circulated these to the general public. Also worth mentioning was their tendency to develop video cameras that primarily sought to counter the abuse of the police and the misinterpretations of the media regarding their activities.

One of the graphics that addressed retrograde politicians and famous state figures were the use of the president’s image in Let the Record Show site. This comprised of a Triangle that was pink neon in color. It also contained the “Silence = Death” phrase and was placed alongside the Nuremberg Trials photograph (Speretta, Andrea & Claudia 2). Six AIDS culprits, including President Reagan, then occupied the six positions of the accused Nazis. The real quotes from the six men were also placed in the background of this photograph. Also targeted by these boycott campaigns were the pharmaceutical companies. The ACT UP activists reportedly broke in various pharmaceutical companies and pharmacies and attached stickers that implicated the companies for profiteering from the AIDS epidemic. Also, the stickers with the phrase “AIDS! It’s a Big Business” was placed on the packaging of pharmaceutical products (Speretta et al. 2).

Further, the media was also not spared from widespread criticism from the activists. In particular, the New York Times was accused of misinforming the public about the gravity of the epidemic. Specifically, activists were angered by the fact that the media did not make serious efforts to bring to the fore the suffering that the population was going through as a result of government negligence. The stickers with the phrases “out of order” were placed on the kiosks that were found in major cities.

Perhaps the most significant contribution to these efforts was made by the Canadian Art group that developed the popular general idea. Among the trio was AA Bronson who developed an AIDS symbol in the mid-1980s (Speretta et al. 3). The letters resembled the love logo that had initially been developed by Robert of Indiana. This acted as a precursor for launching the image virus that improved public awareness regarding the then state of affairs. The image virus was placed in the media, and it implied that the given epidemic was prevalent in the urban regions. The general idea used the threat of viral infection as well as the poetic language for ideological struggle and artistic production. Its contribution to the battle to push the government to adopt viable intervention measures towards preventing the epidemic can not be overstated. This also played an essential role in countering the inherent inadequacies about the unfairness and blame that the entire society was according to homosexuals.

Essentially, art plays a critical role in underscoring and reflecting the different statuses of society regarding various aspects. From a conventional point of view, dialogue in art has been imperative in suggesting and emphasizing the need for problem resolution. Since it is not an independent discipline, it reflects the welfare of different societal sectors. The underlying aim of such alliances is to foster unity and at the same time, diversify the field. Also, this has dramatically transformed the different sectors as the particular artistic features have been on the forefront in identifying the weaknesses in the existing parts. In the long run, the quality of development processes has been enhanced accordingly. Adrian Blackwell and Sharon Hayes are artists that have mainstreamed the methods of dialogue and collaboration in their urban art experiments. This has enabled them to communicate critical messages to the audiences and appreciate the progress and development of other sectors at the same time.

Adrian Blackwell is a renowned artist and an urban as well as architectural designer. His work emphasizes the aspects of spaces and forces that are apparent in uneven development that resulted from postfordist urbanization. Emergent research indicates that since 1996, his photography, sculpture, mapping and intervention projects have played a leading role in altering existing spaces and have as such encouraged common uses of these. The most recent projects have been integral in opening up private enclosures that are found in the city.

Seemingly, these have led to the growth of new locations that are then employed for public discourse and activities requiring collective action. The main objective of these initiatives is to use art in providing communities that are threatened with displacement with inclusive and supportive open spaces. To attain this, Blackwell has brought together or collaborated with efforts form multiple disciplines including art, urban design, and architecture. Perhaps the most pronounced works can be accredited to activism. All these have been directed at employing creativity to develop cities that are sustainable, beneficial, and viable (Blackwell 1).

Equally important in this respect has been the work of Sharon Hayes. She is an urban artist that uses video, photography, sound installation, and text to explore various issues about politics, feminism, and gender. The main aim of her art is to provide insights into the inherent dynamics that characterize personal activities and collective identities. This she attains through a thorough interrogation of a wide range of normative structures that has various implications on public opinion, political rhetoric, language, and historical writings and documentations. In general, her work focuses on the social and political welfare of the society and can be considered to have been influenced by the traditional conceptualism.

Haye’s art explores the intricate and multifaceted relationships that exist between politics, history and personal as well as communal relationships. Her work has been identified to dwell on historical parallels and their connection to the present-day social conditions. The characteristic themes are artistically explored using staged protests, speeches, demonstrations, and interviews (Hayes 1). Further, she employs artistic media such as performance, installation, and video. Indeed, she employs collaboration to source for vital information from different fields. Dialogue, on the other hand, plays a crucial role in presenting the information to different audiences. At this point, it can be contended that the use of collaboration and dialogue has enabled the artists to benefit the society in different ways. Despite identifying various weaknesses that undermine performance, such processes have complemented efforts geared towards enhancing and maintaining social harmony.