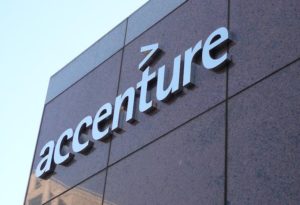 Accenture is one of the largest consulting firms in the world and one of the largest computer services and software companies. It has more than 266,000 employees in fifty-four countries and revenues of $27.9 billion in fiscal 2012. Through its network of businesses, the company enhances its consulting, technology, and outsourcing expertise through alliances, affiliated companies, venture capital, and other capabilities.

When the company challenged its employees to come up with suggestions for a new name by creating an internal contest, it meant that they had to undertake research. It is after that extensive marketing research that they came up with the name. If they were to rebrand again, research would play an even greater role.

The Accenture target market is global. Marketing research has facilitated interactions between the clients and the world at large with the company. This has helped Accenture to understand the needs of its clients.

Coming up with an approach that will would increase preference and loyalty in such a large company is not easy. It’s a hard decision to make because it would involve a lot of consultation to the employees and clients which can be very tedious. The cost that would be involved to facilitate the decision is also enormous making it a problem.

The people involved in research process to identify the best approach to increase loyalty face a major challenge. Gathering information globally and interacting with different people, and sometimes giving conflicting suggestions make it even harder to make a decision. The case describes the marketing research conducted by Andersen Consulting to change its name, while at the same time maintain the brand equity and the goodwill of its previous name. Andersen Consulting was able to successfully transition to a new name and a new identity, reflecting the new realities of the market and Accenture’s positioning in it.

The Influence of Social Media Fans on the Sales of a Company: A Case of the Coca-Cola Company