There are a number of environmental factors that impacted on ABC Learning. The Demand for childcare has 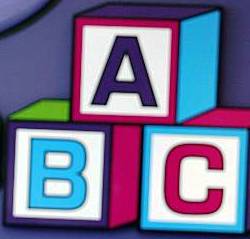 increased as a result of the changing roles that women were taking. The women got more educated and became more focused on their careers as thus having less time to look after their babies. The social change resulted in a strong incentive where women were opting to continue with work even after having babies. ABC Learning came in at the right time and provided the career-focused families with an alternative avenue of raising and looking after their babies as they spend more time on their careers.

The other positive environmental factor is that the federal government supporting childcare and giving subsidy via the Child Care Benefit. The government has a tax rebate scheme for childcare that kept on increasing in terms of percentage coverage of the expenses that are of approved childcare. This benefited ABC Learning in that most of its revenue was from the government and as thus reduced price sensitivity of the customers that would otherwise lead to fee increases (Killing, 2012). Other than this, the government has been encouraging families to have more children and this meant more clients for ABC.

The economy is the other environmental factor that positively impacted ABC. The stock market boom from 2004 gave the chance for organizations like ABC to grow as there was easy availability of finances. In the same line, the negative impact that he economy had on ABC that hasten its fall is the global financial crisis that brought down Price Index.

The success of ABC heavily relied on the environmental factors; on the other hand, its ultimate failure did not rely on the environmental factor but rather its own strategies and actions. The failure of ABC was brought about by its actions and strategies, to begin with, its growth strategy. ABC roughly doubled its number of centers yearly as its concern was its limited potential governmental permit to grow. It is out of its growth strategy that they ended up with a costly business model as now they had to incorporate more firms to run its operations, for instance, hiring firms.

Under their growth strategy, ABC employed acquisition as a strategy to enhance its growth. The end goal of growth was to ABC was to see it prosperous all over the globe and increase its profits and delivery with the aim of reaching out to every client. Acquisition as a growth strategy provided ABC with the alternative to cut down on expenditure such as setting up new centers. Acquisition ensured that they received ready markets and facilities that they only upgraded to meet their standards (Balassa, 2014). Considering this, the acquisition strategy was a success as it cut down on the expenditure of ABC in its growth strategies.

ABC had right strategy choices. It is under these strategies that the company grew its market capitalization from $25 million to $4 billion in just seven years. Individually, I would have chosen the same strategy, growth strategy, only that I would have attention on the future trends as well to ensure that as the organization expands, it adjusts accordingly with respect to the changing markets (Christensen and Raynor, 2013; Grant, 2016). This way, ABC would have been able to survive.