A SWOT Analysis on the Sustainable Competitive Advantage of Lion Nathan

Lion Nathan is a premium alcoholic beverage company based in Australia and New Zealand. It has relations with James Squire, the first brewer in Australia, whose appearance on the First Fleet and brewing history was witnessed by New Zealand in 1840 and by Australia in 1857. New Zealand Breweries became one of the largest corporate companies in New Zealand in the 1980s, and became an Australasian company when it was founded in Australia in 1990. Its major presence in Australia was pushed by securing management control of Bond Corporation’s brewing assets, which include the Castlemaine Perkins in Brisbane and the Toohey’s Brewery in Sydney.

This paper aims to evaluate Lion Nathan’s sustainable competitive advantage using SWOT analysis (Strengths, Weakness, Opportunities, and Threats), in which future changes can be seen in the identified weaknesses and threats, without overlooking its good points posed as strengths. 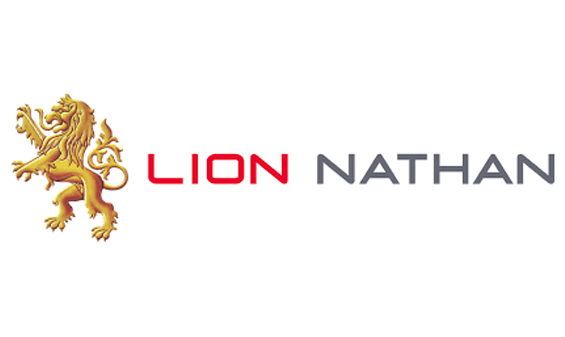 Lion Nathan can be acknowledged for its strengths in terms of identifying its core purpose in the business, alongside its vision of making itself Australia’s and New Zealand’s leading alcoholic beverage company. This is undertaken with a stronghold on the company’s identity in the wine industry while making known its values of integrity, passion, acing together, and being sociable. These principles, particularly the last one, are not usually found in other beverage companies, leading Lion Nathan to surge to its sustainability goals. It may also be emphasized that beverage companies are not that easy to build positive values and carry them out to the wider public due to the very nature of the company, but Lion Nathan should define values that might be properly attached to the product. This is suggestive of leading and living clear values alongside demonstrating constructive behaviors with an intent to better engage its stakeholders in the business, a strategic task that is proved both effective and workable. This is how the company provides sustainable competitive advantage.

The company’s aim of acting with integrity and doing the right thing for the long-term health of its business and the communities in which it operates is indicative of a long-term perspective. These are Lion Nathan’s strengths as regards sustainable competitive advantage. The company’s involvement is sustained investment in community partnerships, responsible marketing initiatives, education and research initiatives, and reducing its water usage and carbon dioxide emissions, which are viewed in this paper as strengths, leading it towards commitment with the general public and society. These are external key industry dynamics and forces that Lion Nathan pushes forward apart from the classic involvement in selling and advertising. These external dynamics allow the company to be involved in societal concerns and advocacies, which Lion Nathan is able to utilize for the realization of its values of integrity, passion, acting together, and being sociable. They are considered as ‘forces’ that enable the company to sustain competitive advantage in its chosen line of business.

The core purpose, vision, identity, and values are interwoven in one framework that has the stakeholders as receivers, which, in the end of the continuum, expects an outcome of a long term, sustainable, upper quartile, and total shareholder return. It may be expressed that sustainable competitive advantage begins with the very core purpose of the organization, alongside its vision and values, acting as trajectories that uplifts the organization towards it. This is one distinctive competency of the company, enabling it to operate successfully in the Australian and New Zealand markets. The ability of the company to connect societal values and social advocacies to its product enables society to view it as a non-separate entity from societal domains and functions.

The operations of Lion Nathan, which are limited only to Australian and New Zealand markets, is viewed in this paper as a weakness in its likewise limitation to dominate the global market, which is surged by other brewery companies operating almost all over the world. It is also congruent to the fact that in today’s globalization era, organizations must increase their competitiveness, which is seen possible through expanding the business globally. Geographical expansion of operations in other countries is seen herein as a recommendation to address this weakness and update its position in the current global market.

The opportunities posed for Lion Nathan include improving transparency in the information that the company makes available to its stakeholders, which is part of its internal scope. This improvement is in synergy with the company’s intention to develop the scope and extent of its communications in the coming years. Another opportunity is meeting society’s expectations of business – an external scope – which are ever changing, and to which Lion Nathan has to continue evolving in order to meet them. This would pose challenges on the part of the company, which sees forth tremendous gains when addressed appropriately and timely.

Threats faced by Lion Nathan include the ever-continuing presence of other brewery companies, which also use sustainable competitive advantage in its end to maintain a good business standing, viewed in the external domain. Lion Nathan should hence be always on guard in terms of developing the realm of sustainable competitive advantage, which it has identified for itself. Another threat faced by the company is connected to the ones mentioned in the weaknesses pertaining to limited operations. Due to limitation in operations, a threat that may be possibly faced by Lion Nathan is the potential dominance of other leading brewery companies that have a greater expansion worldwide. The macro environment in which Lion Nathan operates is not as expanded as the others are, and the globalized market demands that firms and corporations must address the growing environment of the global market. These key trends are likely to influence the company in its potential horizontal and vertical expansions, which are viewed to include not only the enhancement of new products and the development of new organizational perspectives, but also the physical expansion and establishment of area offices and outlets in other countries.

Analysis of Car Industry in Europe