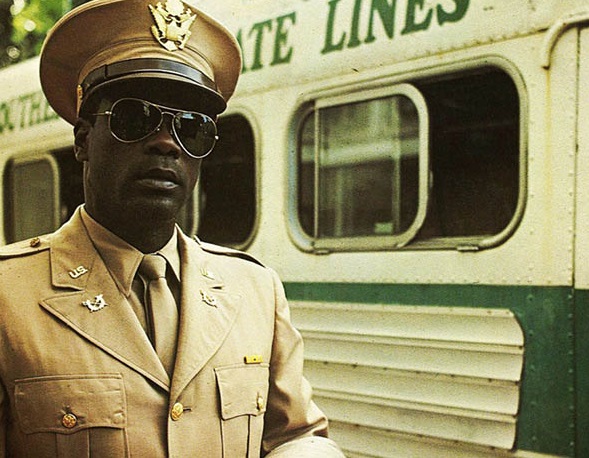 It was written by Charles fuller. Starring is Howard E Rollins as a Captain Richard Davenport a black officer and Jr. Adolph Caesar play a role of army Sergeant Water. The movie was released on September 13, 1984, in the United States. The story is based on the racism and segregation; the movie had won so many prizes (Cettl, 2014).

The movie starts with the murder of a black sergeant; he is killed or murdered in an army base in Louisiana in 1944. The suspicion immediately is on the local white people, who are not happy because in Deep South black stationed their branch. From Washington, a black army captain is sent by the army lawyer to investigate the murder case. The investigation begins, white pirates are commanding Negroes, the investigation is started by the army captain and question is that is committed to the crime.

The murder become a mystery, however, the plot of the movie s resolves around the dead man the Sergeant Water, he is lightening, he always believes that black always behave in a way to impress whites and white should get the praise for their race. He is filled with the sense of self-hate, he wants black men to behave according to him and they do not act the way he thinks that they should.

There are series of interviews conducted by Captain Davenport; Davenport realizes that the assignment given to him is more difficult than he thought because the racial tension was there, he is ordered that case needs to be resolved quickly. Davenport behaves in a cool manner and shows that he is not serious to resolve the case.

The Waters has become a target of a Willkie’s annoyance because he demotes the military for drunkenness. Willkie, Private Melvin Peterson and Private Henson’s become suspects in the Davenport’s eyes he further investigates the case and three of them encounter for a racist fight which was between the two racist white officers and the Waters, the angry encounter because it was on the eve of the person death (Youtube, 2010).

Davenport questions Willkie once more that the demoted private is forced to admit the on Water’s order he planted the gun. Davenport comes to know Peterson, Waters had the fight, and Willkie tells him that Peterson likes waters because he was planning to promote him and he fought back.

Davenport has realized that at the murder night Peterson and Smalls were on guard duty, 45 of the pistols are ammunition. Soon davenport realizes that who is killer when Smalls confess that Peterson who killed Sergeant Waters as a revenge of C.J. When Peterson was brought to the room, he also confesses that he did the murder.

The movie is about the murder mystery, that who did the murder. The movie is based on racism; it gave the clear knowledge about the behavior of people with each other, due to differences of race in past. The movie has pictured the scenes after the World War 2, that the victim was the black racist sergeant.