Due to increased demand for high-speed internet connective within the university, United Arab Emirates University (UAEU) upgraded their internet connectivity services from using 3G to a more advanced technology referred to 4G in 2011 after automating their student registration and introduction of e-learning. 4G is an acronym for fourth-generation wireless [1]. 4G technology is an enhancement of the 3G technology with VOIP, data, gaming services and high quality streamed multimedia on removable devices with transmission speeds that can be compared to cable connection transmission speed [4].

Since the university installed its web-based information system that allowed students to register online, check their results online, drop the course, interact with their lecture among other services offered by the eService system, have restrained/used up the internet bandwidth and consequently slowing the whole system and sometimes halting services completely. The 3G network that was being used offered the limited capability to its user. United Arab Emirates University opted to adopt a new and enhanced 4G wireless technology. The 4G technology is expected to provide ultra-mobile broadband which provides a ‘super’ fast rate of the available wireless network transmission. This technology transmits at a rate between 100 megabits per second (MBPS) and one gigabit per second (GBPS). Compared to the predecessor 3G networks, which broadcast at an average speed of approximately 200 kilobits per second (KBPS), which is relatively slow. 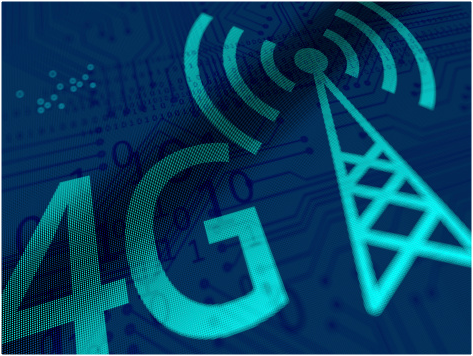 Furthermore, 4G provides a more effective and stable connection than any of the previous technologies for roaming devices such as users travelling by car or data transfer between towers. The increased speed and accurate connectivity support the transmission of the enormous bandwidth of data than its predecessors [3]. With 4G technology, the user would be able to access information-rich applications such as real-time video chat, high definition digital television signals, among others. Adoption of 4G technology within the university has enabled the staff, students and the community surrounding the university to enjoy fast and stable internet connectivity [5]. The university is now using the VOIP technology to make voice calls at cheaper rates and lecturer, and students are now able to fully utilize the E-learning platform that was being threatened by unstable internet technology.

The history of 4G technology dates back to 1G, 2G and 3G technologies, where the first depicted the shift from analogue to digital transmissions, availing data services like short text messages and email to cell phones to the third generation (3G) which enabled the global roaming and a high data transmission rates. The wireless technologies get better [4], stable and feature-riched as newer technologies are availed. For example, the available 3G networks allowed internet users to stream videos, but at a relatively low speed, but with the advent of 4G users can access the same features but with higher rates and thus facilitate the development of new applications [1].

Despite the useful features bundled in 4G technology, users have used this technology to hurt the institution [5]. Due to high connectivity within the university security issues to the university’s ICT resources are eminent. Since users are connected to the internet all the time, keeping user privacy has been a challenge [3],[5]. Furthermore, in the case of hackers getting unauthorized access to the university’s information system will take the shortest time to download or route crucial information for use to harm the image of the university.

To address the security issue to the university’s information system, the whole security issues associated with this technology will be analyzed, and new approaches to the information security would be taken explored. The details of the steps to be taken in seeking for a compromised solution would be discussed in the next section.